Tell us your thoughts on the Luncheon!

Thank you to all attendees of the 2015 AEDC 3-Year Outlook Luncheon! Our attendance broke new records this year and we appreciate everyone that took the time out of their busy schedules to join us! If you were able to attend, please tell us what you thought! Click here to take a quick, ten-question survey to tell us how we did and what you would like to see in the future! Thank you!

You can view the 2015 3-Year Outlook Report for Anchorage here, sponsored by Weidner Apartment Homes!

Click here to view the Prezi from today’s luncheon.

If you would like to view a video of the luncheon presentation, please email btaylor@aedcweb.com!

Once again, thank you for attending today!

AEDC is pleased to announce the speaker for our next Economic Forecast Luncheon on January 27, 2016!  Alexa Clay is the co-author of The Misfit Economy, named the best business book to read in 2015 by The World Economic Forum, TechRepublic, The Telegraph and Huffington Post. For more information on Ms. Clay click here.

On July 29, AEDC hosted the 3-Year Outlook Luncheon and presented a report on what the Anchorage economy could look like over the next three years. The results of the latest Anchorage Consumer Optimism survey were also released at this event. Our keynote speaker, Adam Braun, brought a fresh perspective on what drives and motivates millennials, how to attract and retain millennial talent, and how we can change the way we look at “business as usual.”
The luncheon was part of Alaska Entrepreneurship Week. 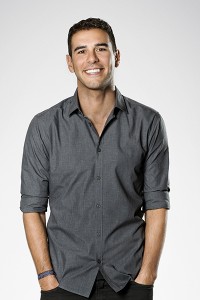 Adam Braun is a New York Times best-selling author and the founder of Pencils of Promise, an award-winning organization that has broken ground on more than 300 schools and delivered over 25 million education hours to children in poverty around the world. In recent years he has been named to the Forbes 30 Under 30 List, Business Insider’s 40 Under 40 List, Wired‘s “50 People Who Are Changing the World,” and was selected as one of the World Economic Forum’s first ten Global Shapers. He has also been a featured speaker at the White House, Google Zeitgeist and Clinton Global Initiative.

In January 2015 Adam was appointed as the Director of the Global Education Platform, an initiative conceived by the United Nations Special Envoy to leverage technology in service of educating the world’s most marginalized youth.

Adam began working summers at hedge funds when he was just 16 years old, sprinting down the path to a successful Wall Street career. He started his college career as a Division 1 basketball player, but while traveling abroad he met a young boy begging on the streets of India. When Adam asked him what he wanted most in the world, he simply answered, “a pencil.”

This small request became the inspiration for Pencils of Promise, the organization for which he would leave Bain & Company several years later to launch. Using his unique “for-purpose” approach, he meshed for-profit business acumen with nonprofit idealism and in doing so his organization was awarded “2013 Education Organization of the Year” through a showcase held at the United Nations.

Adam avidly engages with his social media following of over 500,000 people and his tailored presentations about innovation, leadership and digital engagement have received standing ovations at countless organizations, including MasterCard, J.P. Morgan and Salesforce.  His 2014 book The Promise of a Pencil: How an Ordinary Person Can Create Extraordinary Change debuted at #2 on the New York Times best-seller list and went on to become a #1 national best-seller.