Tell us your thoughts on the Luncheon!

Thank you to all attendees of the 2016 Economic Forecast Luncheon! We appreciate everyone that took the time out of their busy schedules to join us! If you were able to attend, please tell us what you thought! Click here to take a quick, ten-question survey to tell us how we did and what you would like to see in the future! Thank you!

You can view the 2016 AEDC Economic Forecast Report here, sponsored by BP Exploration.

Click here to view the Prezi from today’s luncheon.

A video of today’s presentation will be available soon!

AEDC is pleased to announce the speaker for our next 3-Year Outlook Luncheon on July 27, 2016! Jeffrey Hayzlett is a television and radio host, speaker best-selling author and Chairman of C-Suite Network. His most recent book, Think Big, Act Bigger, released last September. For more information on Mr. Hayzlett, click here.

On January 27, AEDC President and CEO, Bill Popp, presented the 1-Year Economic Forecast for Anchorage and shared the results of the Anchorage Business Confidence Index. He gave an update on AEDC’s Live. Work. Play. initiative and discussed how Anchorage ranks for living, working and playing when compared to the largest city in each state, plus the District of Columbia. 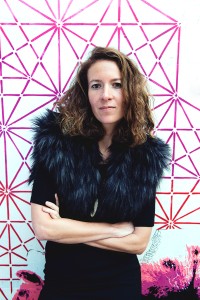 Alexa Clay is passionate about finding innovation from unlikely places. She believes the underworld is filled with natural-born-innovators and they have more in common with Silicon Valley entrepreneurs than you might think.

Alexa is the co-author of The Misfit Economy, named the best business book to read in 2015 by The World Economic Forum, TechRepublic, The Telegraph and Huffington Post. In the book Alexa interviews Somali Pirates, LA drug dealers, hackers and NY con artists to unveil their remarkable ingenuity.

Alexa has written and appeared in Fast Company, Forbes, Wired, Dazed and Confused, VICE, Harvard Business Review, the New York Times and MTV. She is the Co-Founder & Director of The Human Agency and a regular commentator on topics related to economic transition, misfit subculture, social entrepreneurship and intrapreneurship and technology angst. Click here for more information on The Misfit Economy and Alexa Clay.