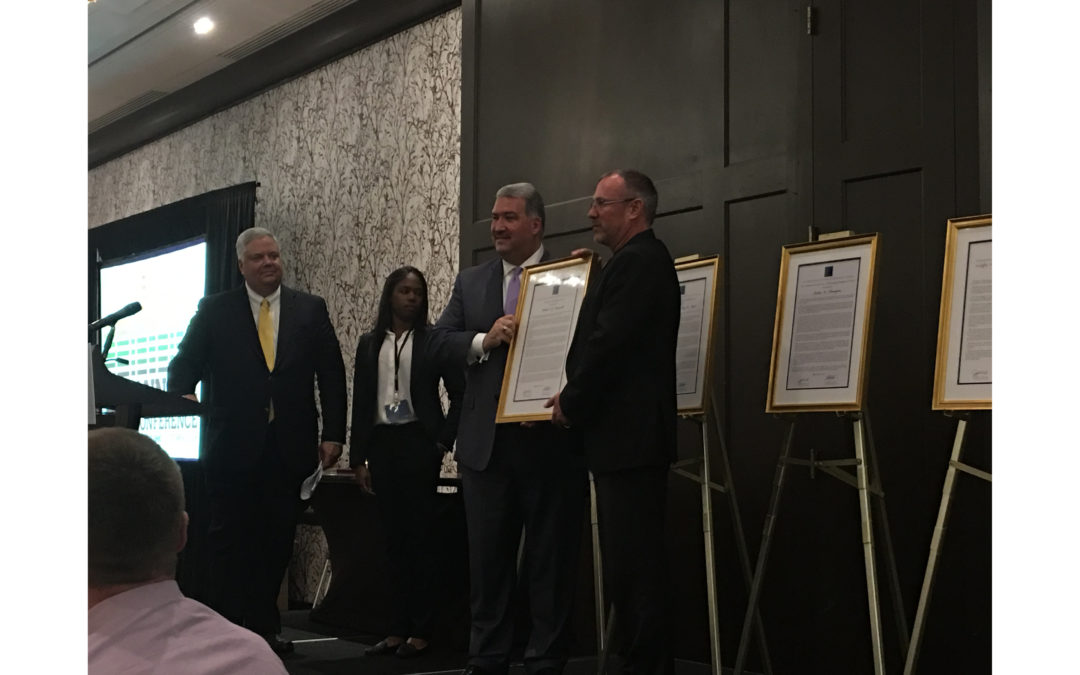 Mike Prozeralik, KPB Architects’ president and managing principal, was honored at the International Economic Development Council’s annual conference as an influential leader in economic development. Awarded the 2016 Citizen Leadership Award, Prozeralik was recognized for his involvement with AEDC and the Live. Work. Play. initiative. IEDC is the world’s largest economic development organization.

The award was presented at a ceremony on Tuesday, Sept. 27, during the IEDC Annual Conference in Cleveland, Ohio.

“Mike has played a key role in recognizing the need for innovation and systemic change that would be necessary to forge a path to long-term growth and prosperity for our city,” said Bill Popp, president and CEO of AEDC. “Anchorage was one of the first cities to include placemaking as an economic strategy and Mike deserves recognition for spearheading this movement with passion and forward thinking.”

Prozeralik has led several innovative projects that benefit Anchorage and set the foundation for economic growth and prosperity.

“On behalf of the IEDC board of directors and Excellence in Economic Development Awards Advisory Committee, congratulations to Prozeralik,” said Barry Matherly, CEcD, FM, IEDC 2016 Board Chair, President & CEO of the Greater Richmond Partnership. “Not only did he work to provide a necessary service to his community; but also, his participation in the awards program sheds light on the stellar projects which other communities can now use a benchmark.”

IEDC’s Excellence in Economic Development Awards recognize the world’s best economic development programs and partnerships, marketing materials, and the year’s most influential leaders. These awards honor organizations and individuals for their efforts in creating positive change in urban, suburban, and rural communities.

“The awards process is a thorough, non-biased and multi-layered process. These are extraordinary accomplishments for all winners, and an overall great effort by all participants. We look forward to next year’s awards competition,” Matherly said.

About the International Economic Development Council

The International Economic Development Council (IEDC) is a non-profit membership organization serving economic developers. With more than 4,700 members, IEDC is the largest organization of its kind. Economic developers promote economic well-being and quality of life for their communities, by creating, retaining and expanding jobs that facilitate growth, enhance wealth and provide a stable tax base. From public to private, rural to urban, and local to international, IEDC’s members are engaged in the full range of economic development experience. Given the breadth of economic development work, our members are employed in a wide variety of settings including local, state, provincial and federal governments, public-private partnerships, chambers of commerce, universities and a variety of other institutions. IEDC’s members create high-quality jobs, develop vibrant communities and improve the quality of life in their regions. www.iedcONLINE.org.