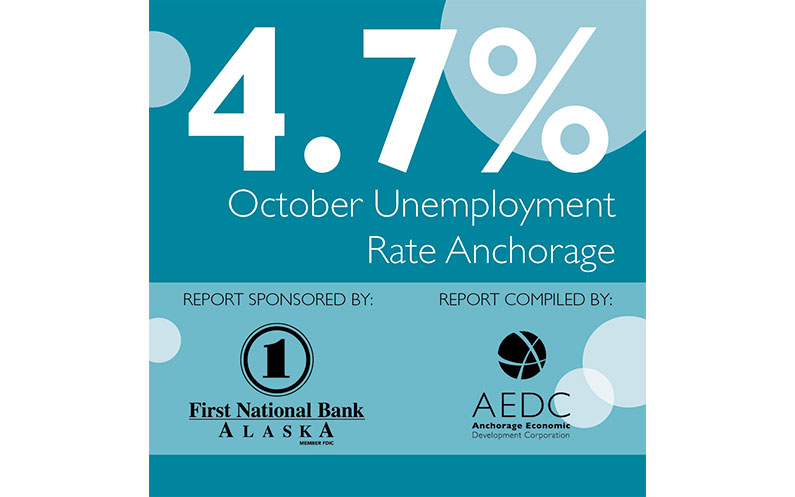 The October unemployment rate in Anchorage was 4.7 percent, down 0.2 percent from September’s revised rate, according to the latest employment report released by the Anchorage Economic Development Corp. and sponsored by First National Bank Alaska. The jobs total of 158,500 is the second highest on record for the month of October, though an increase of eligible workers increased the year-to-date average unemployment rate to 5.2 percent.

The positive job growth, coupled with an increase in eligible workers, resulted in a slight increase of 0.1 percent to the average non-seasonally adjusted unemployment rate. Local employment grew by 748 jobs, while the labor pool increased by 841 people year-to-date.

The private sector experienced the largest employment growth from January through October, increasing by 890 jobs, or 0.7 percent, compared to the same months in 2013. Government employment declined by 570 jobs, fueled mostly by federal and local losses. Overall, low year-to-date unemployment coupled with strong monthly improvements earlier in the year have resulted in a “full employment” environment in Anchorage.