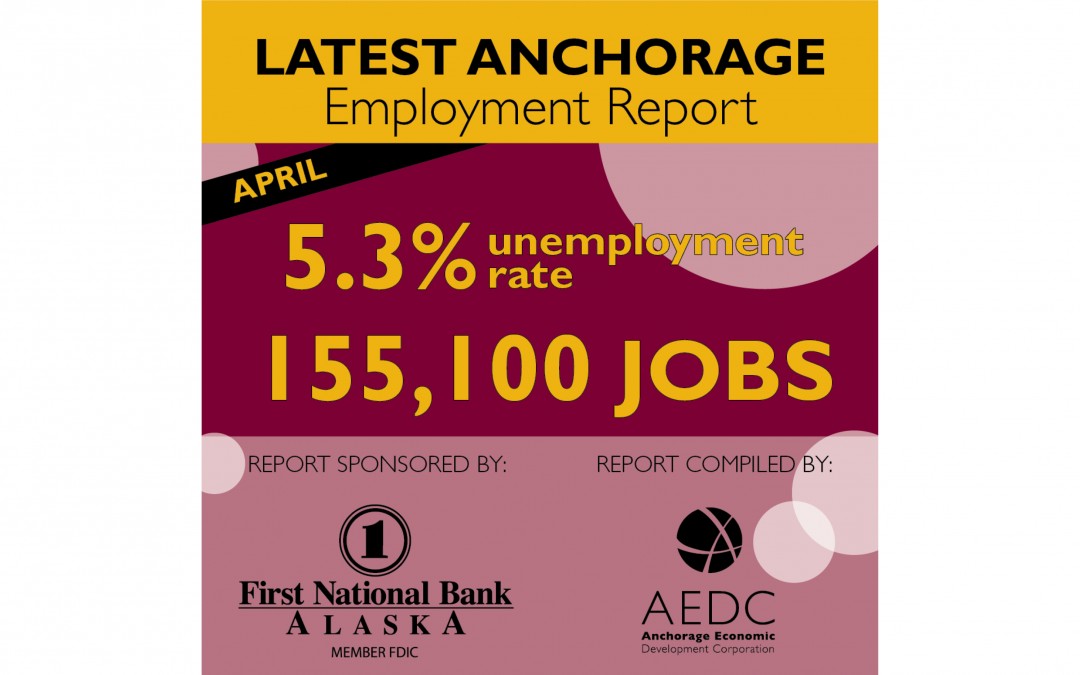 Anchorage unemployment in April was 5.3 percent, according to the latest employment report released by the Anchorage Economic Development Corp. and sponsored by First National Bank Alaska. This rate shows a 0.2 percent decrease from March’s revised rate, and is 0.2 percent higher than the national rate and 1.7 percent lower than the statewide rate.

“Jobs numbers remain solid as we move into the summer season,” said Bill Popp, AEDC president and CEO. “We’ve seen growth across a diverse range of industries and are expecting a strong tourist season this year. It’s a good time to be living, working and playing in Anchorage.”

With an increase of employed residents and workers in the Anchorage labor force so far this year, the reported unemployment total has decreased. However, the year-to-date monthly average number of jobs in Anchorage is 153,600, 225 jobs less than the same months in 2014.

Overall the private sector in Anchorage has decreased by 375 jobs during this time.

The positive performers in April (the sectors that showed positive growth compared to the same period in 2014) include Oil and Gas, adding 75 jobs; Information, adding 150 jobs; and Health Care, adding 300 jobs and reaching an all-time April high of 19,000 jobs. The star-performing employment sector in Anchorage was Retail, adding 375 jobs and setting an all-time April high in that sector with 18,000 jobs.