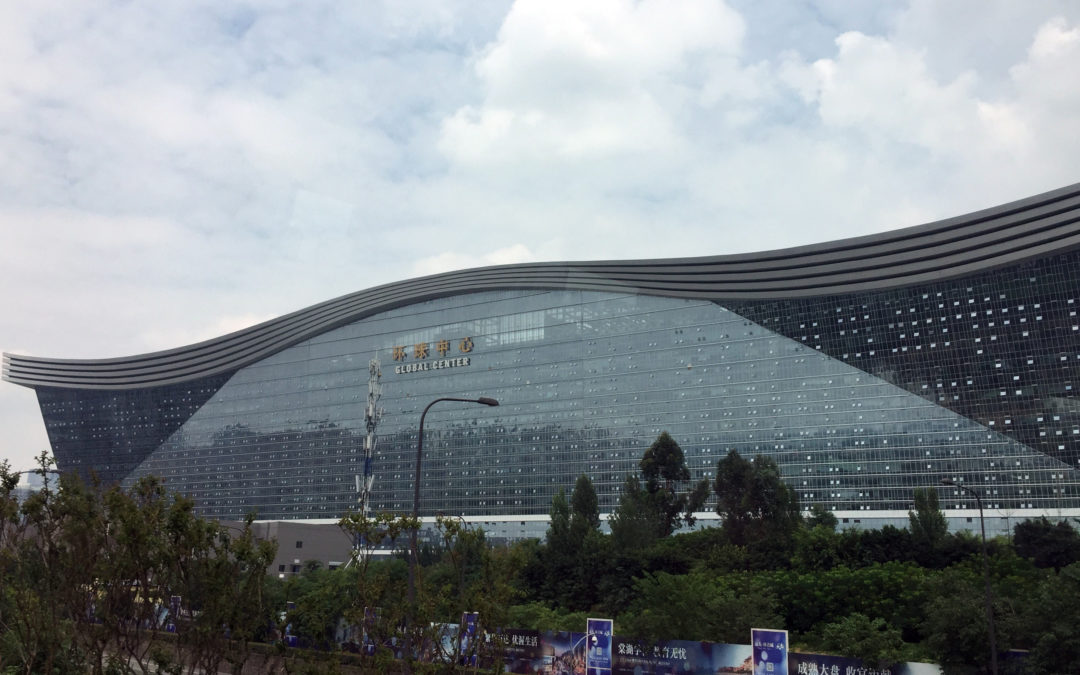 The 4th Annual China-U.S. Governors’ Forum is now complete and here is what I experienced during the all-day event.  There were over 1,000 attendees and the regional and national media were in full attendance. The first session was devoted to numerous speeches by the conference organizers, U.S. Ambassador Terry Branstad, the special keynote address by His Excellency Wu Weihua, Vice Chairman of the standing committee of the National People’s Republic of China, Governor Bill Walker as the leader of the U.S. Governors delegation, Mr. Qi Bin, Vice Chairman of the China Investment Corporation (a multi-billion dollar investment fund similar to the Alaska Permanent Fund), and numerous Chinese Provincial leaders and the Lt. Governor of New Mexico.

There was a lot of enthusiasm for the speakers’ view that a trade war between the U.S. and China has been averted. This consistently led to numerous statements of strong desire for increased trade between the Chinese provinces and U.S. states, with a particular focus on Alaska by numerous speakers. The highlight for me was the speech by Governor Wang Wentao of Heilongjiang Province, the northernmost province in China, in which the City of Harbin (population 22 million) is located. Governor Wang centered his presentation with his adamant promise to establish direct passenger flights to Anchorage from Harbin for both business and tourism. He saw Anchorage as key to huge opportunity for mutual tourism ties and also as a gateway to making Harbin a significant air cargo hub to expand air cargo opportunities between China and the U.S. He made that statement while showing an image on the massive LED screen behind him of the route to Anchorage he so strongly wants to have in place very soon. In a follow-up meeting with Governor Walker, we were told he was even more adamant about establishing this new air linkage to Anchorage and expressed it is his top economic priority for expanding trade in his region.

Governor Walker gave a very heartfelt speech about Alaska’s strong desire and intention to expand trade with China. He noted the progress being made on the Alaska gas pipeline project, and underscored the many natural resources Alaska has to offer including minerals, timber, seafood and opportunities for tourism. He also noted the many products we have to offer for export, and asked that the entire Alaska trade delegation stand and be recognized — a moment that drew sustained applause.

In the afternoon, there were several panel discussions on innovation, green tech, trade strategies and investment strategies. Governor Walker participated in the innovation panel and Keith Meyer from the Alaska Gasline Development Corporation participated in the green technology panel, presenting the natural gas pipeline project as a contributor to a more green environment for China as it converts from coal-based energy. The conference sessions wrapped up with the signing of a memorandum of understanding between Alaska Pacific University and the Chinese Olympic Committee to develop a final agreement for Chinese cross-country skiers to train at APU. 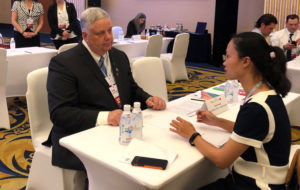 A business-to-business session meeting with between AEDC President Bill Popp and Ms. Qiu Lan, representative of the Department of Commerce of the Heilongjiang Province.

One final important event was a business speed-dating session between the Alaska delegation members and about 200 Chinese business representatives. Every Alaska company had its own table and all saw traffic during the hour-and-15-minute session. The 49th State Brewing Company, Alyeska Resort, Visit Anchorage and Bambino’s Baby Food especially saw a lot of action. My two best meetings were with China Investment Corporation and Heilongjiang Economic Development Corporation. Both expressed strong interest in meeting in the near future to develop stronger ties between AEDC and their organizations.

The evening ended with an amazing banquet hosted by the Sichuan Provincial Government. Excellent food, many toasts, great performances by local artists and good company at every table.

Tomorrow we travel to the national panda research center in the morning and the leave Chengdu for Beijing in the afternoon.