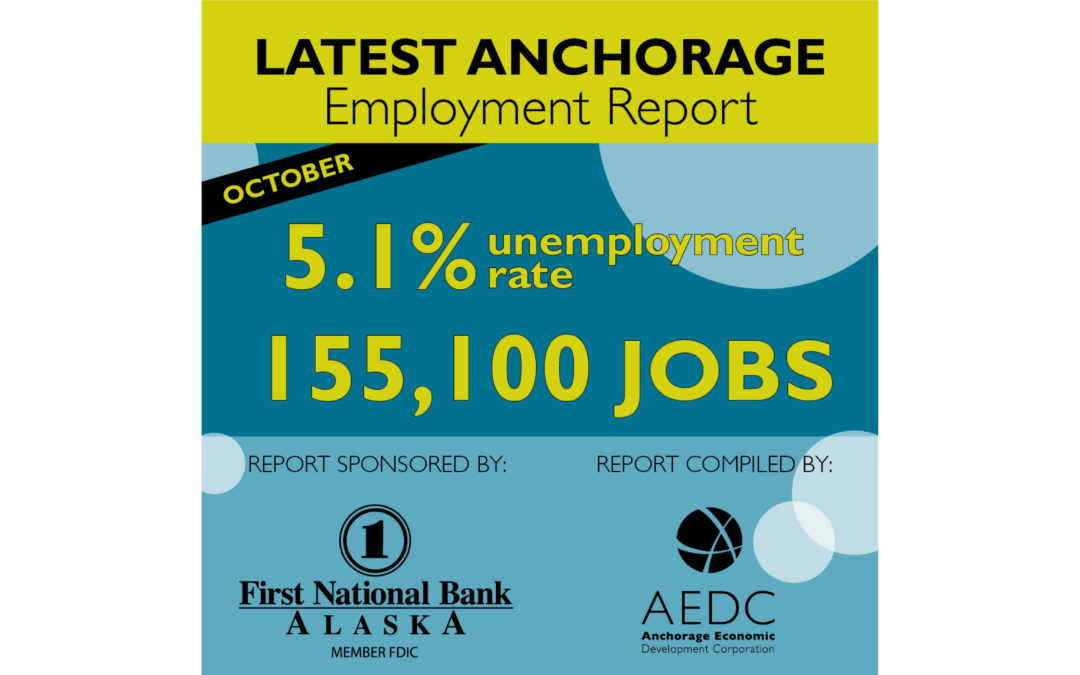 The eighth edition of the 2016 AEDC Employment Report, sponsored by First National Bank Alaska, has just been released.

This October, unemployment in Anchorage was at 5.1 percent, a 0.3 percent decrease from September, according to the latest report from the Anchorage Economic Development Corp., sponsored by First National Bank Alaska. With this latest figure, the 2016 year-to-date Anchorage unemployment rate sits at 5.4 percent, 0.2 percent higher than at this time last year. These numbers are higher than the national rate of 4.9 percent and below the statewide rate of 6.7 percent.

“The pinch to the economy that Anchorage Economic Development Corporation predicted earlier this year has finally arrived,” said AEDC President and CEO Bill Popp. “Employment is dropping down near 2011 levels. While this is a tough situation to face, we’re far off from being in the same state as 1986.”

Employment in the Anchorage Educational & Health Services sector showed 800 more jobs than 2015 year-to-date, giving it a growth rate 4.2 percent. This continues a positive growth trend for this sector.

The Goods Producing category, which includes Construction, Mining, Oil & Gas and Manufacturing, has led the overall downward trend with a decrease of 1,500 jobs year-to-date. Fluctuating oil prices continue to cause this sector to reflect economic uncertainty compared to others.