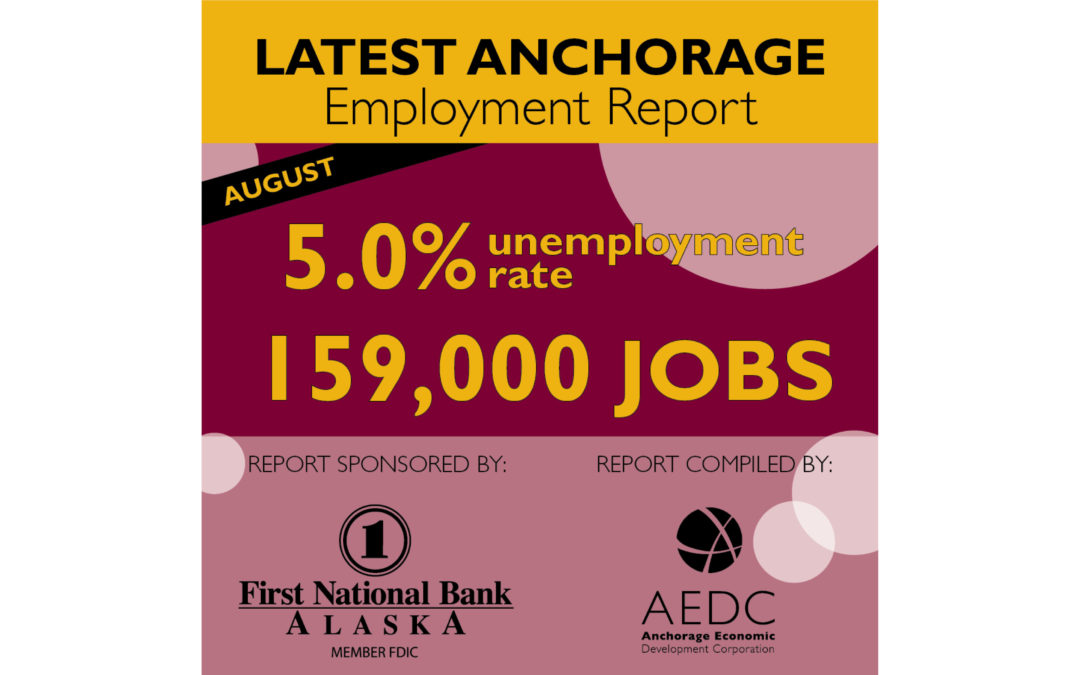 The sixth edition of the 2016 AEDC Employment Report, sponsored by First National Bank Alaska, has just been released.

The health care sector continues its steady growth, a trend since 2003, with an increase of 700 jobs over 2015 year-to-date. The entire services providing category, which includes engineering, retail, tourism and health care, totaled 144,400 jobs for August, down 100 from 2015 year-to-date. The trade/transportation/utilities industry’s growth rate remains unchanged so far this year. The retail sector added 100 jobs year-to-date compared to 2015.

The goods producing category, which includes construction, mining, oil and gas and manufacturing, continues to lead the overall downward trend, currently sitting near 2011 levels. The year-to-date total of 13,200 jobs in this category is 1,300 fewer jobs than the same period in 2015. The mining and logging industry (which includes oil and gas employment) saw a decrease of 600 jobs, while construction is showing 700 job losses compared to this time last year.

“Anchorage is facing tighter times than we’ve been used to,” said AEDC President and CEO Bill Popp. “However, we’re still on track with the predictions made in the most recent economic forecast, and AEDC remains confident that Anchorage will come back swinging.”