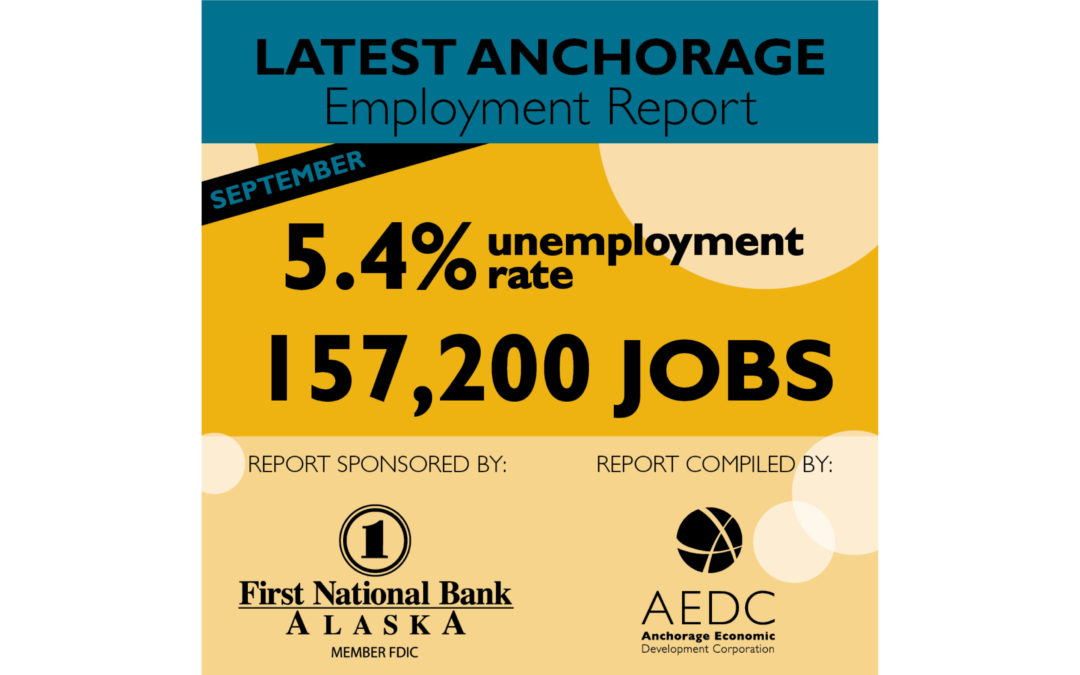 The seventh edition of the 2016 AEDC Employment Report, sponsored by First National Bank Alaska, has just been released.

Employment in the health care sector showed 700 more jobs than 2015 year-to-date and continues a positive growth trend likely due in part to recent opportunities from the expansion of Medicaid in Alaska. The trade, transportation and utility industry has had a flat growth rate so far this year and the retail trade sector is down slightly with a dip of 100 jobs. Services producing jobs in general, which include engineering, retail, tourism and health care are down overall with a loss of 300 jobs from 2015 year-to-date.

The goods producing category, which includes construction, mining, oil and gas and manufacturing, has led the overall downward trend with a decrease of 1,400 jobs year-to-date. As oil markets continue to seek balance, this sector feels the effects of the industry uncertainty firsthand. The construction industry, though showing a decrease in jobs year-to-date, has also seen a 9.2 percent increase in permit applications over the same period in 2015, tracking toward AEDC’s overall 2016 projections for permit application values.

“Although we continue to experience job losses in important sectors, the numbers do continue to stay on track with our predictions,” said AEDC President and CEO Bill Popp. “Factors such as Medicaid Expansion and more balance expected in the oil markets next year are key factors that we hope to see positive results from.”