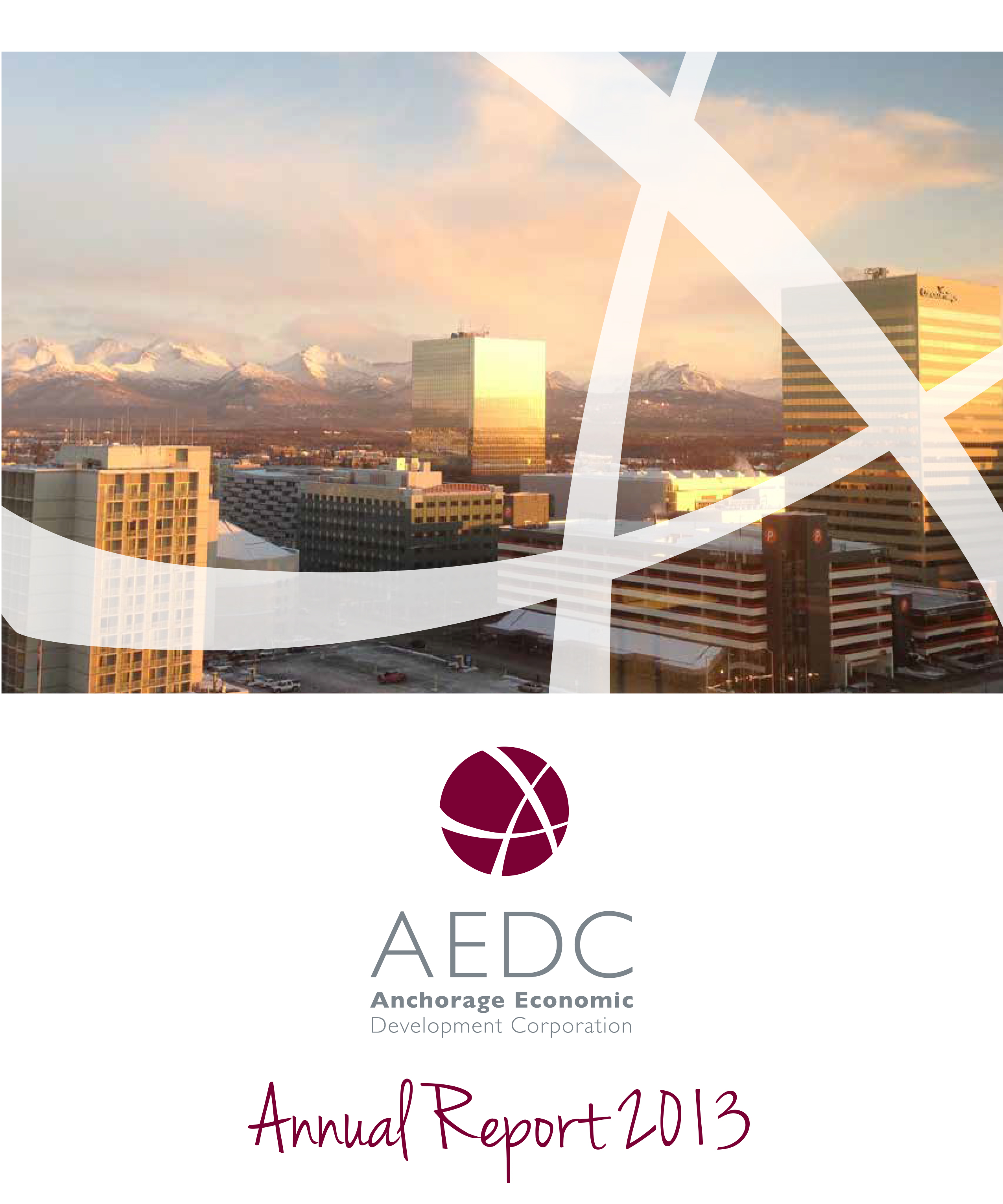 Thanks to the support from our more than 260 Investors representing all industries in Anchorage and Alaska, AEDC continued to work hard at growing and diversifying the Anchorage economy. You will read in this report the many highlights of 2013.

The overall unemployment rate for Anchorage was 5 percent in 2013. Our population finally broke the 300,000 mark in 2013, with a population of 301,134. During 2013, many announcements were made for new restaurants, stores and business investments in Anchorage. AEDC met with many of these new businesses. In addition, AEDC hosted several different familiarization tours for site selectors and business executives. AEDC also conducted several studies to assess economic impact of various locations in Anchorage.

In January 2013, AEDC hosted a sold-out Economic Forecast Luncheon with more than 1,500 attendees. The luncheon featured Richard Florida, senior editor of The Atlantic and author of the global best-seller, The Rise of the Creative Class. During Alaska Entrepreneurship Week, AEDC hosted the 3-Year Outlook Luncheon with keynote speaker Jim Clifton, CEO and Chairman of Gallup and author of The Coming Jobs War.

In October, AEDC was honored with three Excellence in Economic Development awards from the International Economic Development Council and two Foreign Direct Investment Strategy awards from FDi. Our initiative to make Anchorage the #1 city in America to Live, Work and Play by 2025 continued to play a large role in AEDC efforts in 2013. AEDC hired a new staff member as director for the effort. Seven areas of focus developed in 2013, all centered on helping us reach our goal of becoming #1.

As you review our financials, keep in mind that more than 80 percent of AEDC revenue was from private sector sources in 2013. This underscores how important it is to have private sector investment.

We would like to thank the 2013 Board of Directors for their time and energy in 2013, and all of our Investors for supporting the mission of AEDC to grow and diversify the Anchorage economy. We look forward to another great year in 2014!