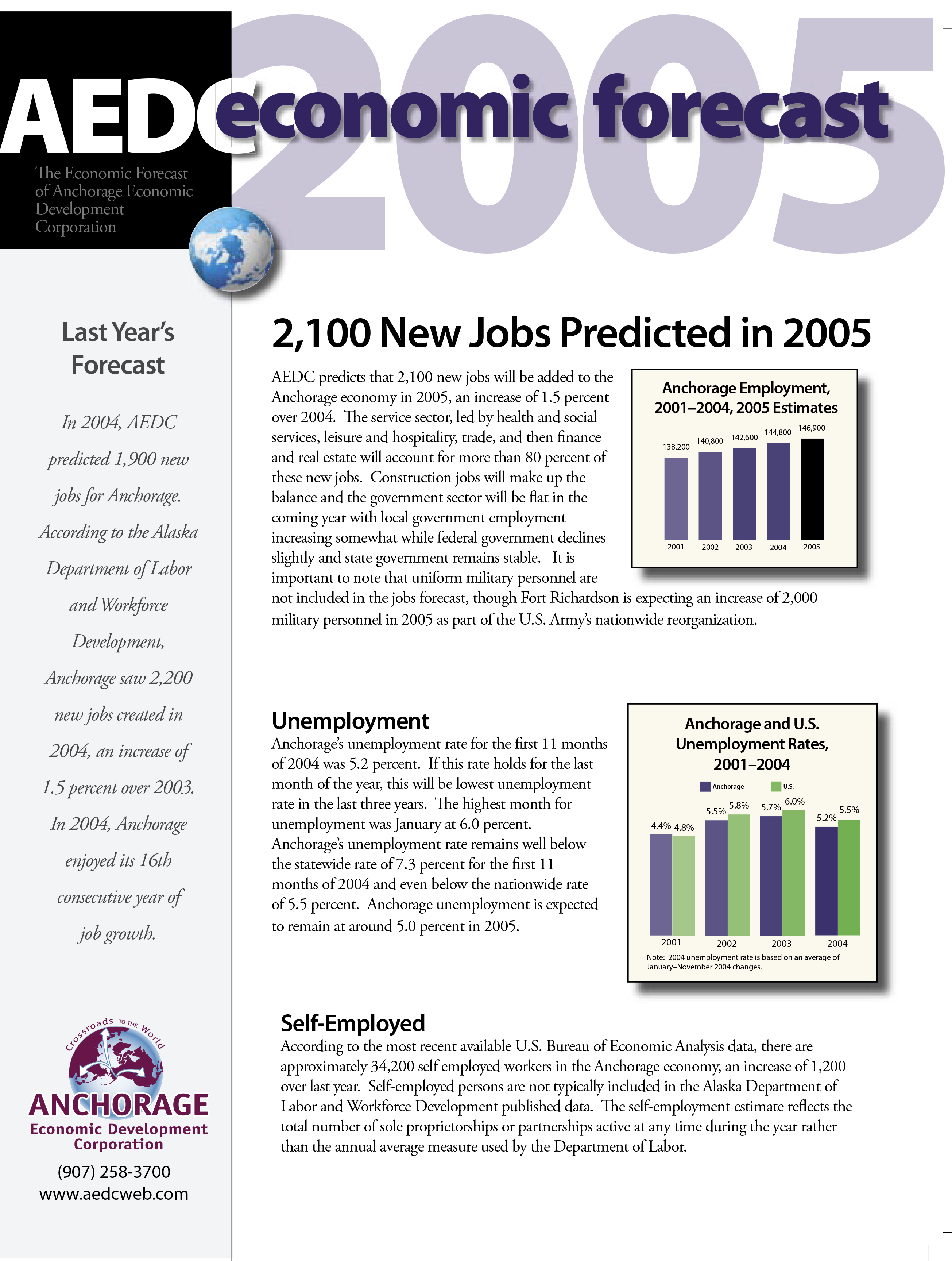 AEDC predicts that 2,100 new jobs will be added to the Anchorage economy in 2005, an increase of 1.5 percent over 2004. Th e service sector, led by health and social services, leisure and hospitality, trade, and then finance and real estate will account for more than 80 percent of these new jobs. Construction jobs will make up the balance and the government sector will be fl at in the coming year with local government employment increasing somewhat while federal government declines slightly and state government remains stable. It is important to note that uniform military personnel are not included in the jobs forecast, though Fort Richardson is expecting an increase of 2,000 military personnel in 2005 as part of the U.S. Army’s nationwide reorganization.