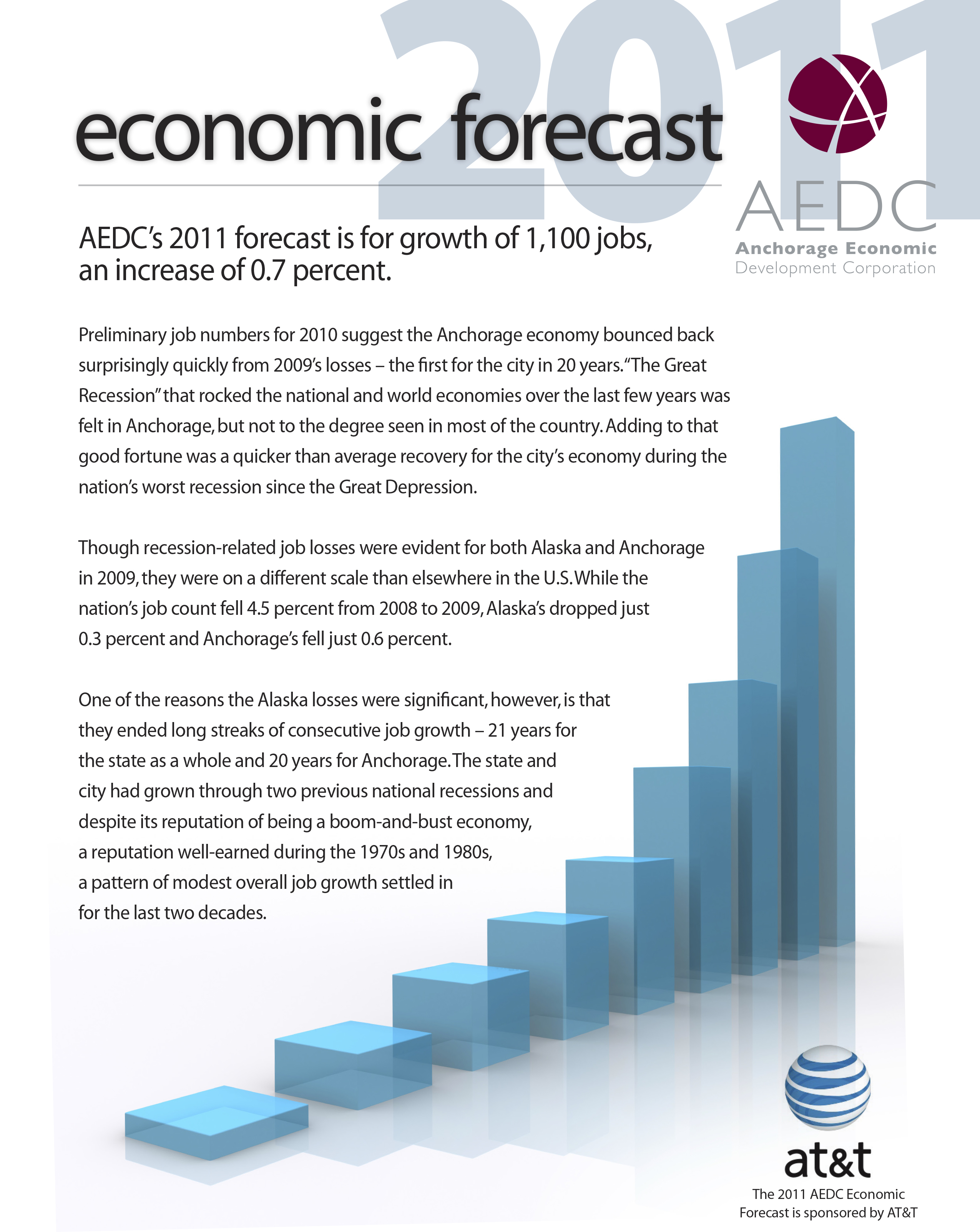 Preliminary job numbers for 2010 suggest the Anchorage economy bounced back surprisingly quickly from 2009’s losses – the first for the city in 20 years. “The Great Recession” that rocked the national and world economies over the last few years was felt in Anchorage, but not to the degree seen in most of the country. Adding to that good fortune was a quicker than average recovery for the city’s economy during the nation’s worst recession since the Great Depression.

Though recession-related job losses were evident for both Alaska and Anchorage in 2009, they were on a different scale than elsewhere in the U.S. While the nation’s job count fell 4.5 percent from 2008 to 2009, Alaska’s dropped just 0.3 percent and Anchorage’s fell just 0.6 percent.

One of the reasons the Alaska losses were significant, however, is that they ended long streaks of consecutive job growth – 21 years for the state as a whole and 20 years for Anchorage. The state and city had grown through two previous national recessions and despite its reputation of being a boom-and-bust economy, a reputation well-earned during the 1970s and 1980s, a pattern of modest overall job growth settled in for the last two decades.