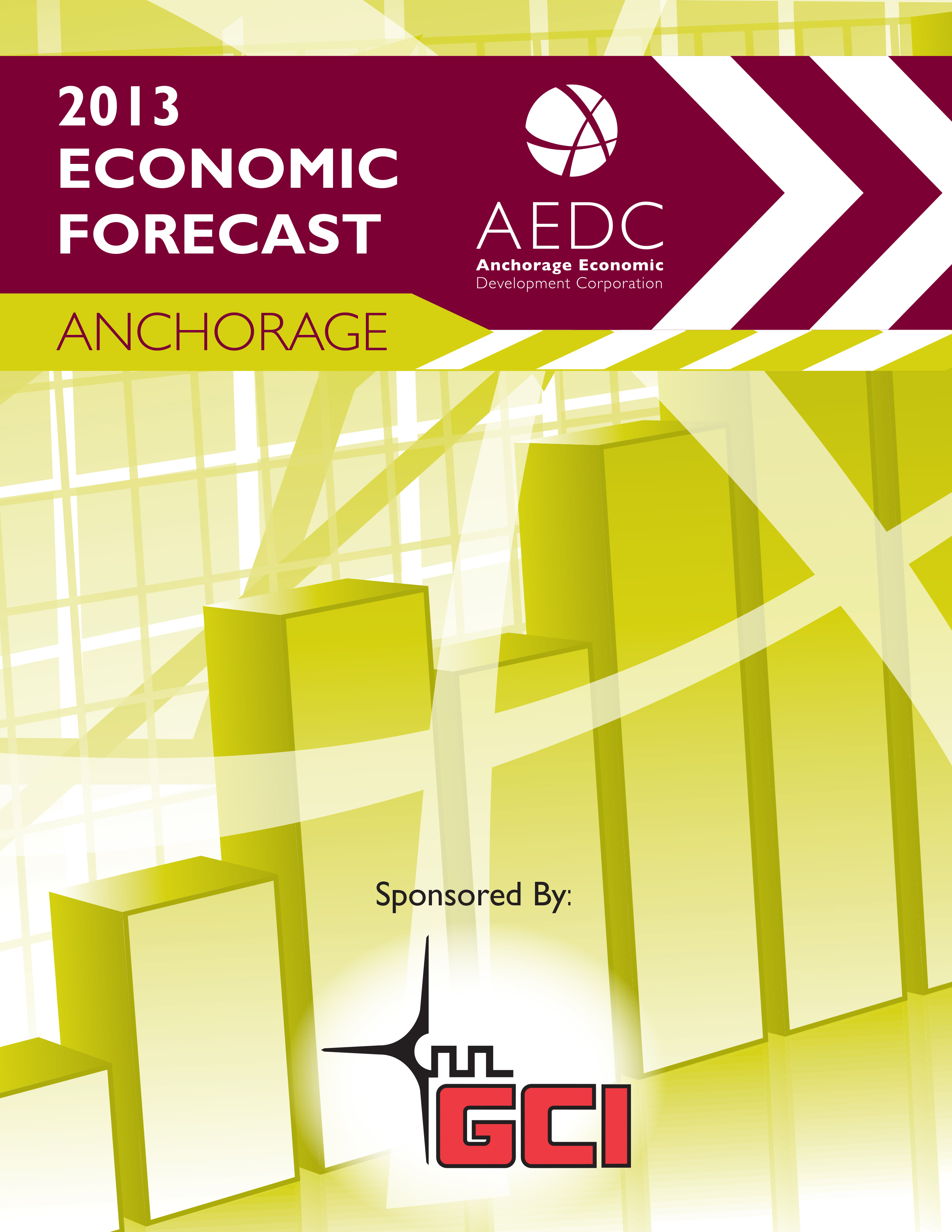 Measured in terms of employment, Anchorage continued along a path of steady growth in 2012, adding 1,800 jobs to the economy, a 1.2 percent increase. Last January AEDC predicted 1,500 jobs would be added to the Anchorage economy in 2012. While preliminary, the latest available data suggests growth was slightly ahead of that pace.

The strength in the local economy is also reflected in unemployment data. Anchorage unemployment rates dropped again in 2012, dipping to 5.6 percent, the lowest level since 2008, prior to the recession. Anchorage area unemployment remains well below national rates.

Most indicators suggest that Anchorage has settled into a trend of slow, steady growth. That trend began more the two decades ago, but was interrupted by a global recession that left Anchorage largely unscathed (relative to the rest of the nation) but in 2009 did break a long string of annual employment gains.

Looking forward, reasons for optimism include continuing growth in professional and business services, additional growth in health care, and further recovery in the visitor industry (with statewide cruise traffic expected to return to the one million passenger mark in 2013). Susitna-Watana Hydro and gas line construction are the two big projects on the horizon with major economic development implications for Anchorage.

As the world’s 4th largest airfreight hub, Anchorage has a direct connection to global economic conditions. With much of the Eurozone still in recession, along with Japan, and slowing growth in China, trade through Anchorage will continue to meet some resistance in 2013.

Two of the mainstays in Alaska’s economy, the oil industry and federal government, both face significant uncertainty. The oil tax debate continues, as does the steady decline in North Slope production. Federal spending is expected to decline somewhat in 2013, mainly the result of lower military spending. But with talk of fiscal cliffs, debt ceilings, potential defaults, spending cuts and increasing taxes part of our nation’s daily dialogue, it is easy to foresee further trouble on the federal front.

Someone once sagely observed that it is difficult to make predictions, especially about the future. That is certainly true for Alaska’s economy. However, while uncertainty surrounding statewide and national issues may be presenting some headwinds to growth, the Anchorage economy continues to expand at a healthy pace.