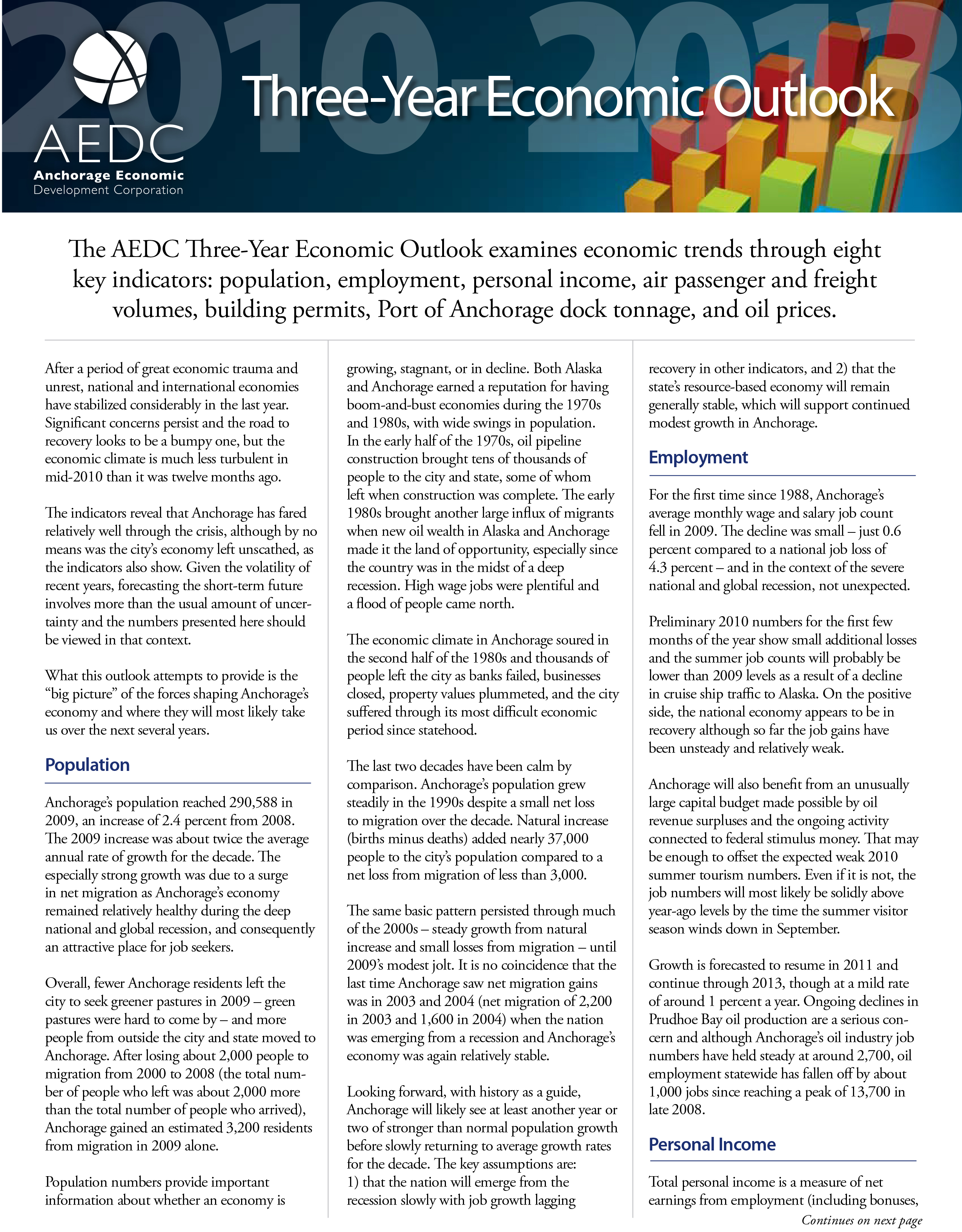 After a period of great economic trauma and unrest, national and international economies have stabilized considerably in the last year. Significant concerns persist and the road to recovery looks to be a bumpy one, but the economic climate is much less turbulent in mid-2010 than it was twelve months ago. The indicators reveal that Anchorage has fared relatively well through the crisis, although by no means was the city’s economy left unscathed, as the indicators also show. Given the volatility of recent years, forecasting the short-term future involves more than the usual amount of uncertainty and the numbers presented here should be viewed in that context. What this outlook attempts to provide is the “big picture” of the forces shaping Anchorage’s economy and where they will most likely take us over the next several years.