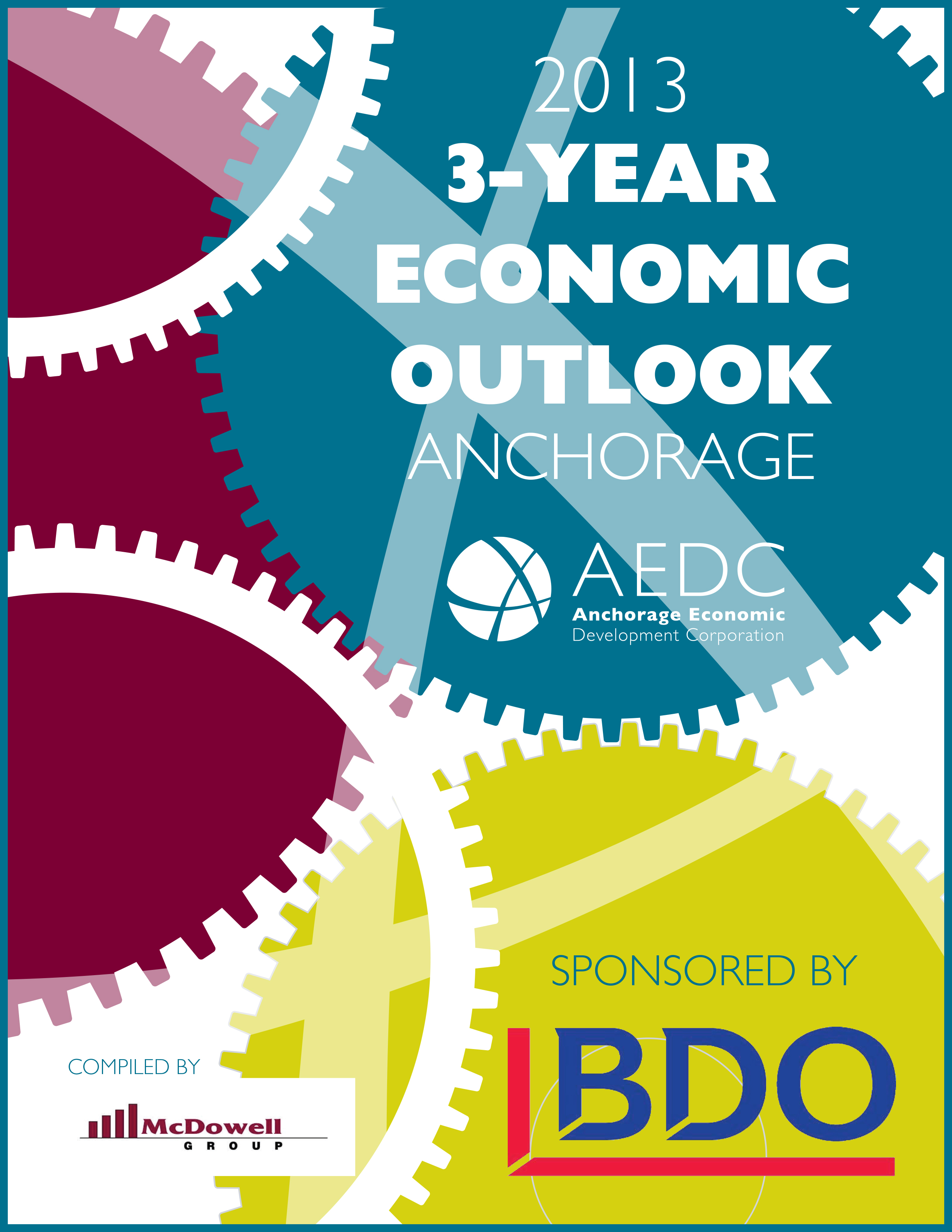 The Anchorage economy has seen steady positive gains over the past three years, a trend that will continue into the next three years, according to the 3-Year Economic Outlook released today by the Anchorage Economic Development Corp. at its annual Economic Forecast Luncheon.

Sponsored by BDO USA, LLP and compiled by the McDowell Group on behalf of AEDC, the 3-Year Economic Outlook examines economic trends through eight key indicators: population, employment, personal income, air passenger and freight volumes, building permits, Port of Anchorage tonnage, visitor industry activity and oil prices. Based on historical data, interviews with businesses and organizations in various sectors and current events, the report measures the growth of the Anchorage economy over the past decade, and forecasts growth for the next three years.

“The Anchorage economy and its residents are thriving,” said Bill Popp, president and CEO of AEDC. “Despite challenging conditions both nationally and globally, consumer optimism in Anchorage is at a record high and the local economy has seen steady growth over the past three years. As we look into the future, our data continues to point to positive gains in Anchorage’s economy.”

Anchorage marked its fifth consecutive year of population growth last year, with 298,842 residents, according to the Alaska Department of Labor and Workforce Development. Supported by additional natural increases and continued job growth, AEDC forecasts a continued annual population growth rate of 1.1 percent through 2016, with the population of Anchorage expected to surpass 300,000 this year.

Population growth has not kept pace with employment growth, however, possibly due to increasing labor participation rates, a higher number of non-resident workers in the seasonal labor force, an out-migration of retirees and strong population growth in the neighboring Mat-Su Borough. Employment grew about 1 percent in the first six months of 2013, compared to the same period in 2012. AEDC predicts an employment annual growth rate of 1.2 percent between 2014 and 2016, with the addition of between 1,900 and 2,000 new jobs each year.

In keeping with long-term trends established in 2001, personal income grew around 4 percent in 2012, and is expected to continue at an annual growth rate of 4.5 percent between 2013 and 2016, despite concerns over the high cost of living and the tight supply of housing options. Air passenger traffic and air cargo volume rose 1.5 percent and 1 percent, respectively, with an expected growth rate of 2 percent for both industries through 2016. Data also shows marked growth in the value of building permits, with an expected annual growth rate of 6.5 percent between 2014 and 2016.