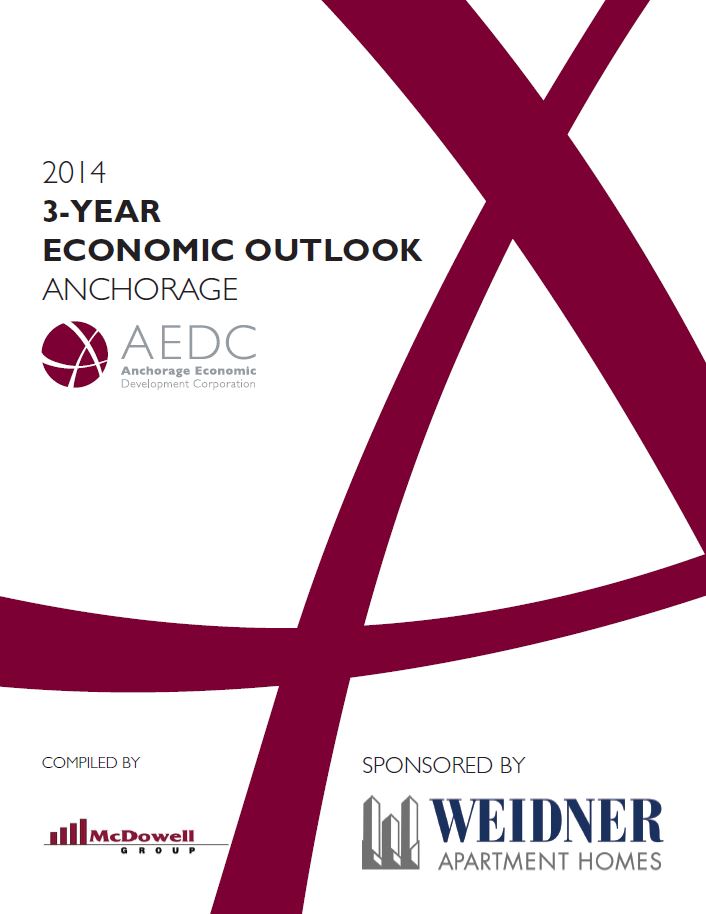 The Anchorage economy continues to show steady economic growth, according to the 3-Year Economic Outlook released today by the Anchorage Economic Development Corp. at its sold-out AEDC 3-Year Outlook Luncheon.

The outlook report, sponsored by Weidner Apartment Homes and compiled by the McDowell Group on behalf of AEDC, examines economic trends through eight key indicators: population, employment, personal income, air passenger and freight volumes, building permits, Port of Anchorage tonnage, visitor industry activity and oil prices. The report measures the growth of the Anchorage economy over the past decade based on historical data, current events and interviews with businesses and organizations in various sectors. The report also forecasts growth for the next three years.

“The 2014 Business Confidence Index captures the optimism of the local business community,” said Bill Popp, president and CEO of AEDC. “Looking at the 3-Year Outlook, this sentiment is right on track. With high job growth in the private sector, a rising total personal income and steady population growth, we can expect a strong economy over the next three years.”

Employment in Anchorage showed a net increase of 300 jobs in 2013, with the private sector adding 1,100 jobs and government employment declining by a total of 800 jobs. Recent trends suggest an annual employment growth rate of 1 percent for the next three years. Personal income in Anchorage totaled $16.3 billion in 2012, according to data from the U.S. Bureau of Economic Analysis. Data for 2013 is not yet available, but statewide numbers suggest that total Anchorage personal income exceeded $17 billion. Growth over the next three years is expected to average 4.7 percent annually.