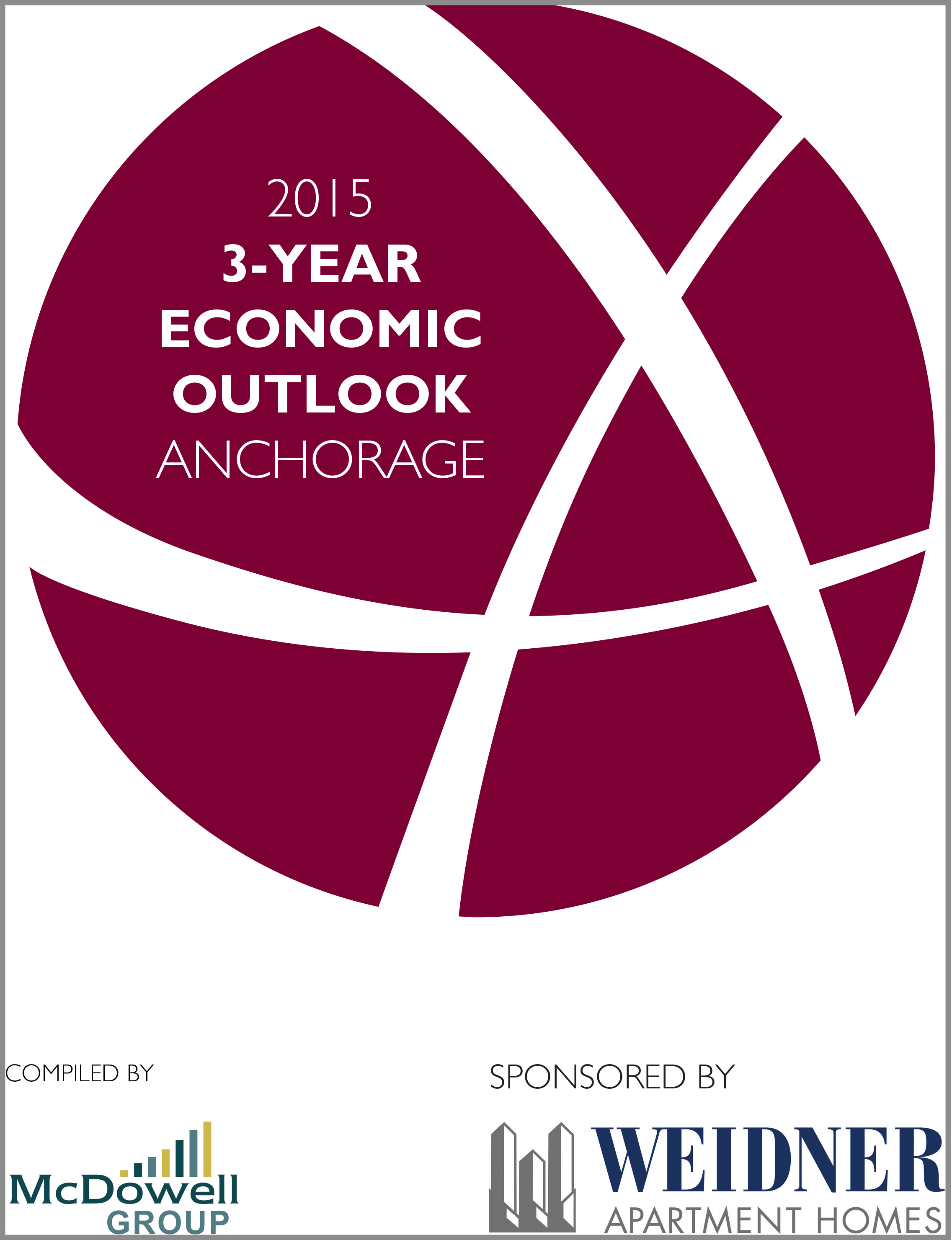 Following five years of robust growth, including 7,500 new private sector jobs resulting in an all-time record high of 155,720 average annual total jobs in 2013, employment in Anchorage settled back in 2014, shedding about 690 jobs. Most of the decline in 2014 was in the government sector, but even private employment stepped back very slightly, recording about 40 fewer jobs in 2014 than in 2013. The last time private sector employment in Anchorage lost ground was in 2009, when the local economy shed about 1,275 jobs. Then much of the world’s economy was in recession and oil prices had taken a big dip.

Anchorage population growth has slowed after several years of increases. Anchorage added 11,550 residents between 2009 and 2013, then slipped very slightly in 2014, losing about 200 people (less than one-tenth of one percent). While hardly noticeable, it is notable that Anchorage has not seen a decline in population since the 2006-2007 period.

Looking ahead, the resiliency of the Anchorage economy will once again be tested by volatility in oil prices and oil revenue-related spending. So far there has been no decline in oil industry employment in Anchorage, and oil and gas employment serving the North Slope and Cook Inlet has increased by 100 jobs through the first half of the year.
Nevertheless, the Fiscal Year 2016 State capital budget is half a billion dollars below FY 2015 and statewide agency operations spending will dip 4 percent. Force reductions at Joint Base Elmendorf-Richardson (JBER) is the latest unwelcome news among events shaping local economic trends over the next few years.

The business community expects Anchorage to feel some pain; AEDC’s Business Confidence Index survey measured expectations for the economy at the lowest level in five years, though business leaders remain optimistic about the outlook for their individual businesses in the coming year.

On the positive side, key indicators attest to persisting strength in the local economy. Preliminary monthly estimates available from the Alaska Department of Labor and Workforce Development show a return to employment growth in 2015. June 2015 employment in Anchorage was 1,000 jobs above the same period in 2014. Further, the June 2015 unemployment rate in Anchorage stood at 5.5 percent, the lowest level for the month in eight years. Other indicators described in this forecast also suggest underlying economic strength.