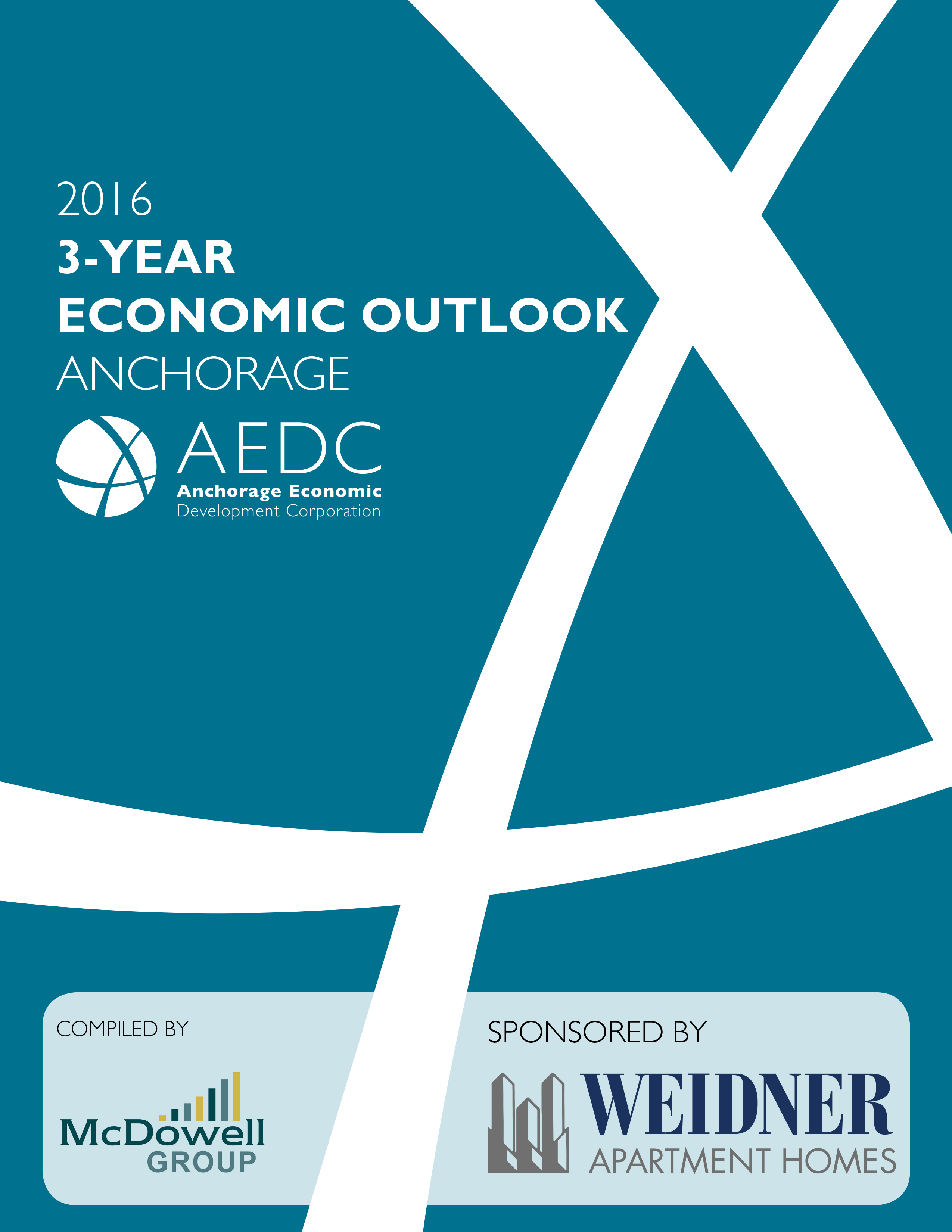 The final numbers for 2015 confirm that employment in Anchorage climbed to record levels last year, averaging just over 156,000 jobs, 1,000 jobs above 2014. Some observers might be surprised by the numbers; however, job growth in Anchorage last year was right in line with AEDC’s forecast of 800 new jobs in 2015.

While job growth was solid in 2015, growth started tapering late in the year and by early 2016, the expected decline in employment materialized. In June 2016, employment was down about 2,500 jobs compared to June 2015, according to preliminary Alaska Department of Labor and Workforce Development (ADOLWD) estimates. The job losses are in the expected sectors – Oil and Gas, Construction, Professional Services and State Government. These areas are most directly affected by declining oil prices and revenues. Meanwhile, growth in Health Care, the Visitor Industry and other sectors are offsetting some of the decline in the oil-affected sectors.

As we look ahead and consider the forces that will shape the Anchorage economy over the next three years (and beyond), there are reasons for a mix of optimism and concern. As described in this forecast, the outlook is generally good for the Visitor Industry, the Health Care sector continues to expand, oil prices have rebounded somewhat from 2015 lows, concerns over JBER force reductions have tentatively abated and unemployment remains low.

Uncertainty around the state budget continues to be a dark cloud over Alaska’s economy. A long-term fiscal plan remains elusive and until a sustainable revenue and expenditure plan for state government operations and capital projects is in place, economic uncertainty will prevail.

This AEDC 3-Year Economic Outlook describes the likely trajectory of the local economy, based on an analysis of historical and current data, interviews with representatives of businesses and organizations in various sectors and analysis of current events. The Outlook considers trends in eight key indicators: population, employment, personal income, air passenger and freight volumes, building permits, Port of Anchorage tonnage, visitor industry activity and oil prices.