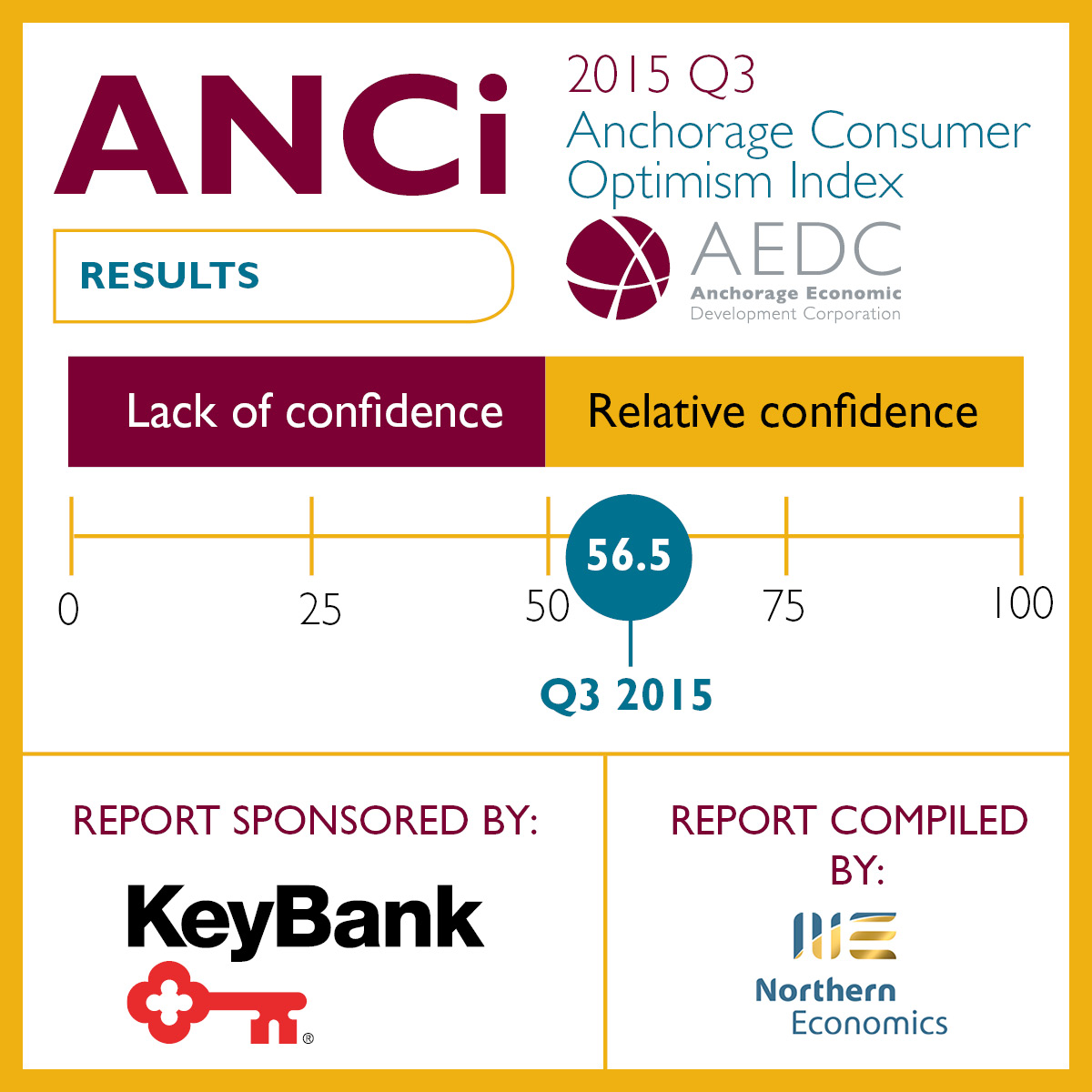 While consumer optimism continued to decline to a four-year low last quarter, the local economy confidence score improved, gaining 2.1 points from the first quarter of 2015 and indicating that Anchorage residents feel more optimistic locally and are primarily concerned with the future of the state economy. This is according to the latest Anchorage Consumer Optimism Index (ANCi) report issued by the Anchorage Economic Development Corp.

Sponsored by KeyBank and produced by Northern Economics, Inc. on behalf of AEDC, the ANCi measures consumer confidence using data from a random quarterly sample of 350 households in the Municipality of Anchorage. The ANCi reading is expressed on a scale of 0 to 100; a value over 50 indicates relative confidence in the economy and the distance from that median indicates the strength of that confidence.

“It’s critical that Alaska’s elected officials come together with the shared goal of protecting and preserving Alaska’s future, its economy and the well-being of its people,” said Bill Popp, President and CEO of AEDC. “Well informed, rational actions to address the current budget shortfalls and the development of a long-term strategy for growing and developing Alaska’s economy cannot wait.”

Personal financial confidence, the strongest and least volatile component of the ANCi, dropped 0.3 points to a reading of 65.4. Expectations of the future, the largest of the three components, saw a 1.9 point drop, falling to 50. This component is down 9.6 points from the level seen one year ago and if it drops any further, will be the first reading since the third quarter of 2011 that any component in the index falls below 50.

“The most recent survey shows that there is concern about the impact low oil prices are having on our local and state economy,” said Brian Nerland, KeyBank’s Alaska Market President. “Fortunately, Alaska has a number of ways to address its budget shortfall to reduce the likelihood of the economy experiencing a dramatic downturn.”