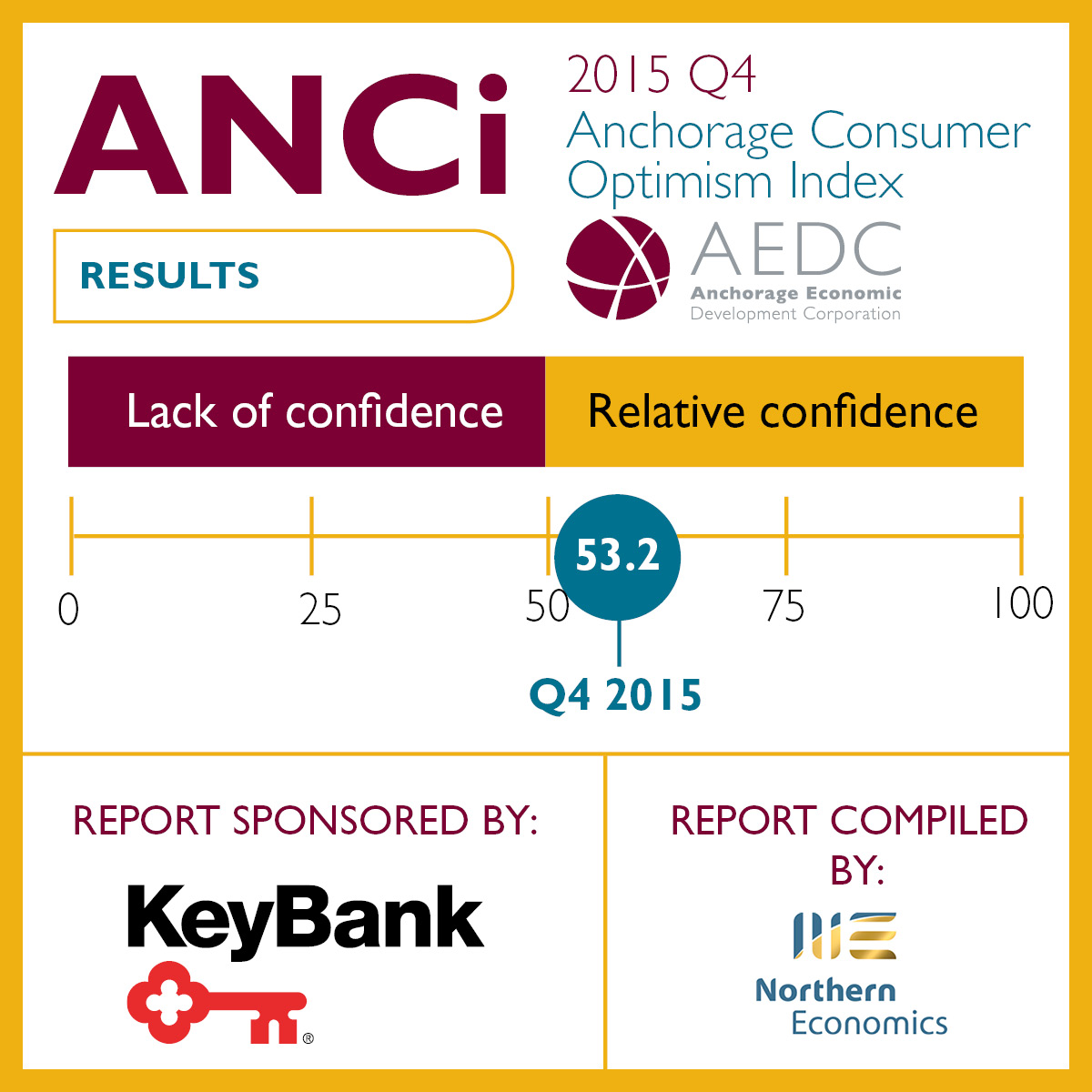 While both Anchorage and our broader statewide index dropped, U.S. consumer confidence was mixed. The Conference Board’s Consumer Confidence Index® dropped by 6.5 points from September to December. However, the University of Michigan’s Consumer Sentiment Index rose by 5.4 points. As we have said over multiple quarters, sustained low oil prices and the sharp drop in recent months are casting doubts about the state’s economy and the effects that will have on both individuals and municipalities. Persistent low oil prices are a very real threat to Alaska’s and Alaskans’ financial health.