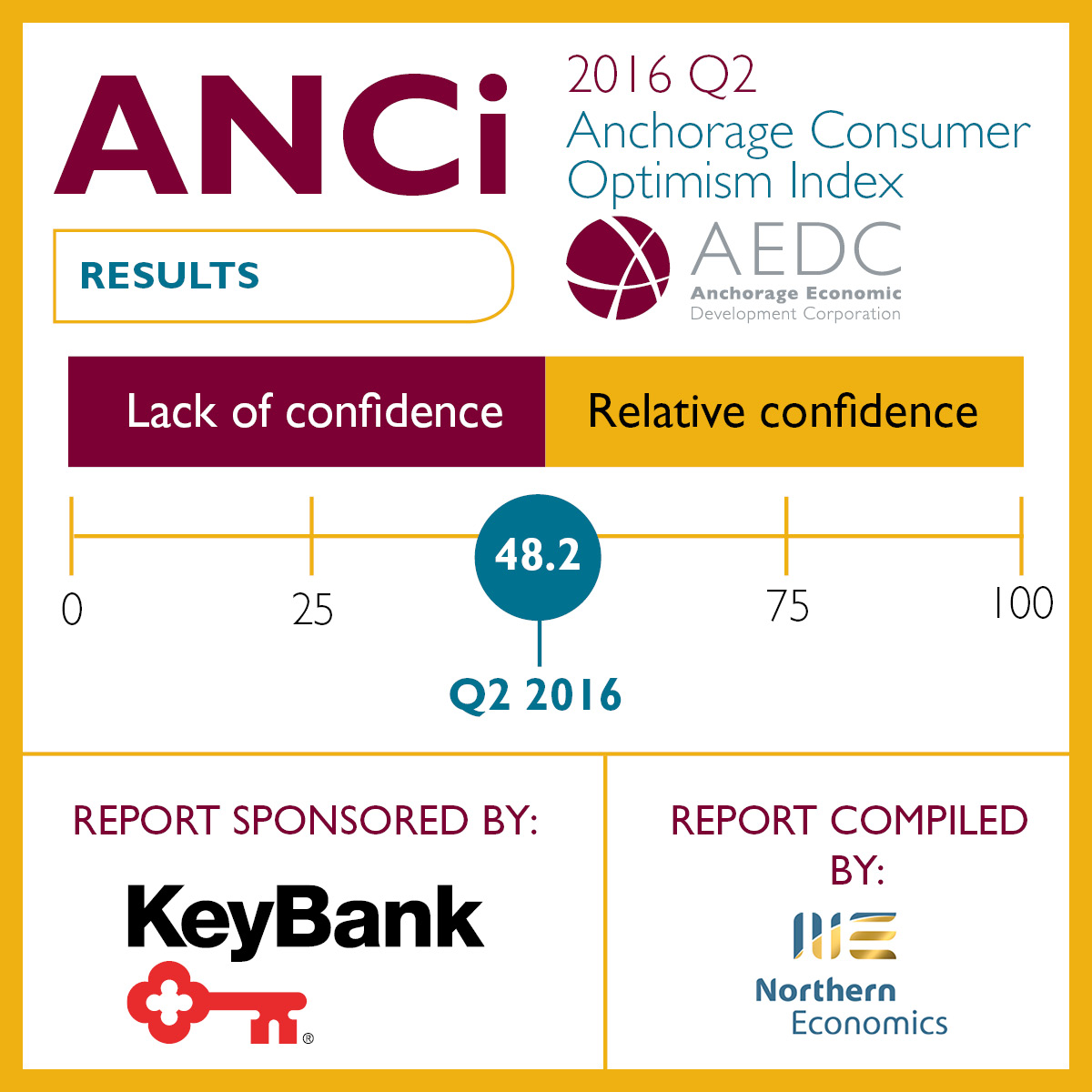 In 2016 Q2, ANCi continued a five-quarter downward trend and experienced a third sharp quarterly drop amid concerns about local and state economies and major budget cuts, dropping for the first time below 50. The reading for the quarter dropped 2 points to 48.2 from 50.3 in 2016 Q1. This reading is the lowest in the six-year history of the index and is a stunning drop of 8.8 points from the second quarter of 2015, the second year-over-year drop of 8 or more points. The six-month moving average of the index fell to below 50, dropping to 49.3 from 51.7, and down a staggering 8.3 points from the second quarter of 2015. The six-month moving average has now fallen in each of the last seven quarters. Also of note is that this is the first quarter in which the Anchorage index has dipped below the statewide index, at 48.2 compared to the state’s 49.3. Readings below 50 are a signal of a contractionary or recessionary period.

Overall U.S. consumer confidence, on the other hand, rose over the last quarter. The Conference Board’s Consumer Confidence Index® rose 1.8 points from March to June and the University of Michigan’s Consumer Sentiment Index rose by 2.5 points. As we have said over multiple quarters, sustained low oil prices, even though they have rebounded from the lowest prices seen recently, and a lack of progress by the state’s legislature have cast significant doubt on the state’s economy and the effects that will have on both individuals and municipalities. Employment is down in more than half of the state’s economic sectors with losses in the oil and gas, construction and state government sectors leading the way. The state’s budget has been cut, which affects both the state and local fiscal situation.