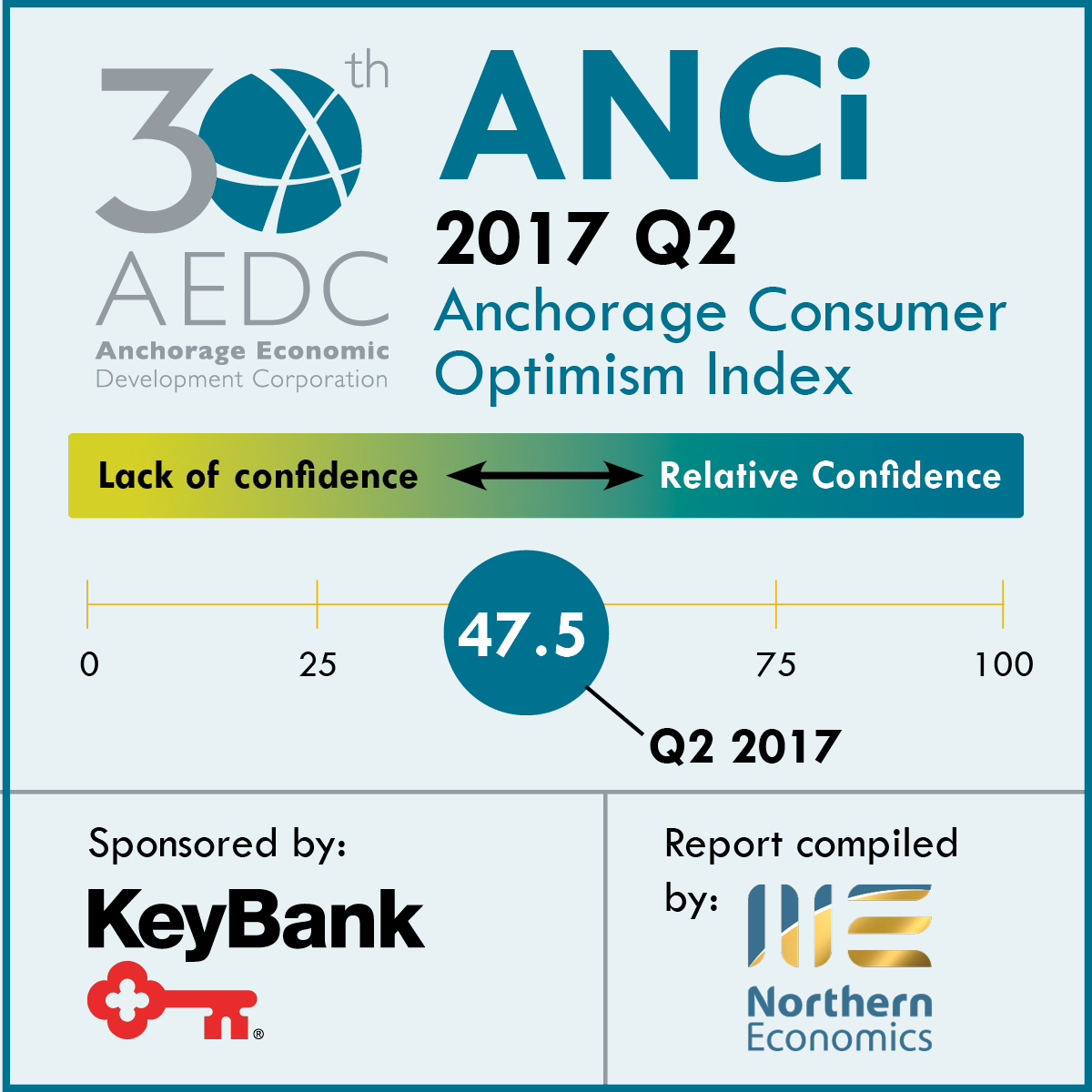 In 2017 Q2, ANCi dropped down from the previous quarter and hit a new low, both for the quarter and for the six-month average. The index landed at 47.5, 0.7 points lower than the second quarter of last year and down more than three points from the first quarter of this year. The more stable six-month moving average of the index fell to 49.0, slightly lower than the previous record low reached in the second and third quarters of last year.

During the same time, the U.S. consumer confidence also fell. The Conference Board’s Consumer Confidence Index® dropped 6.7 points from March to June, fueled by drop of more than 11 percent in the expectations index. The University of Michigan’s Consumer Sentiment Index dropped as well, by 1.8 points, but overall it was more stable than The Conference Board’s reading.

This quarter’s ANCi results reflect a deepening crisis in confidence among Anchorage consumers that has been growing significantly in recent months. This downward trend has been driven in part by the Alaska Legislature once again failing to agree on a comprehensive solution to the multi-billion dollar budget deficit, in effect kicking the can down the road again. Job losses over the last 18 months in the private sector and a lack of certainty regarding potential new state taxes on industry and individuals, and cuts to state government services going forward continue to cast a shadow over Alaska’s near-term future and what the economy may look like when the storm has passed.