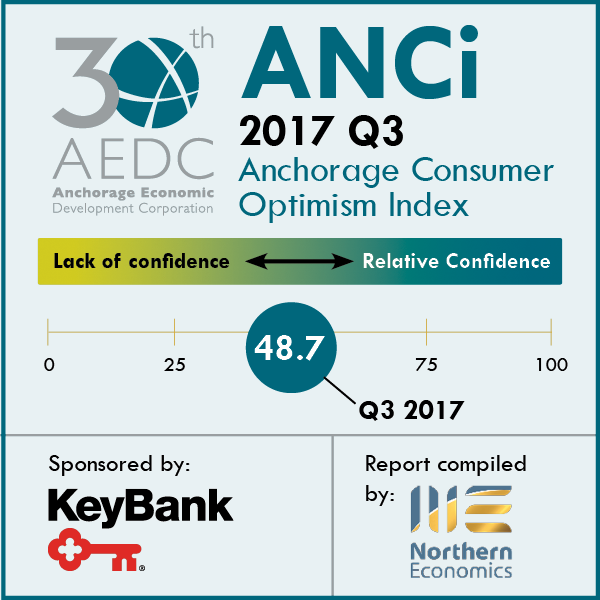 In 2017 Q3, ANCi rose from the previous quarter’s record low. The index landed at 48.7, up 1.2 points but still below the important level of 50. The more stable six-month moving average of the index fell to 48.1, however, the second new record low set this year.

During the same time, the U.S. consumer confidence was generally flat. The Conference Board’s Consumer Confidence Index® rose 0.9 points from June to September, while the University of Michigan’s Consumer Sentiment Index was flat. Both measures showed a small decline in the present situation and a small increase in expectations.

Fiscal concerns remain without concrete progress toward resolution, with the Alaska Legislature on recess prior to being called into another special session. Continued job losses in the private sector and a lack of certainty going forward continue to cast a shadow over Alaska’s near-term future and what the economy may look like when the storm has passed. Indications are that the job losses are slowing, but this is not the same as a recovery.