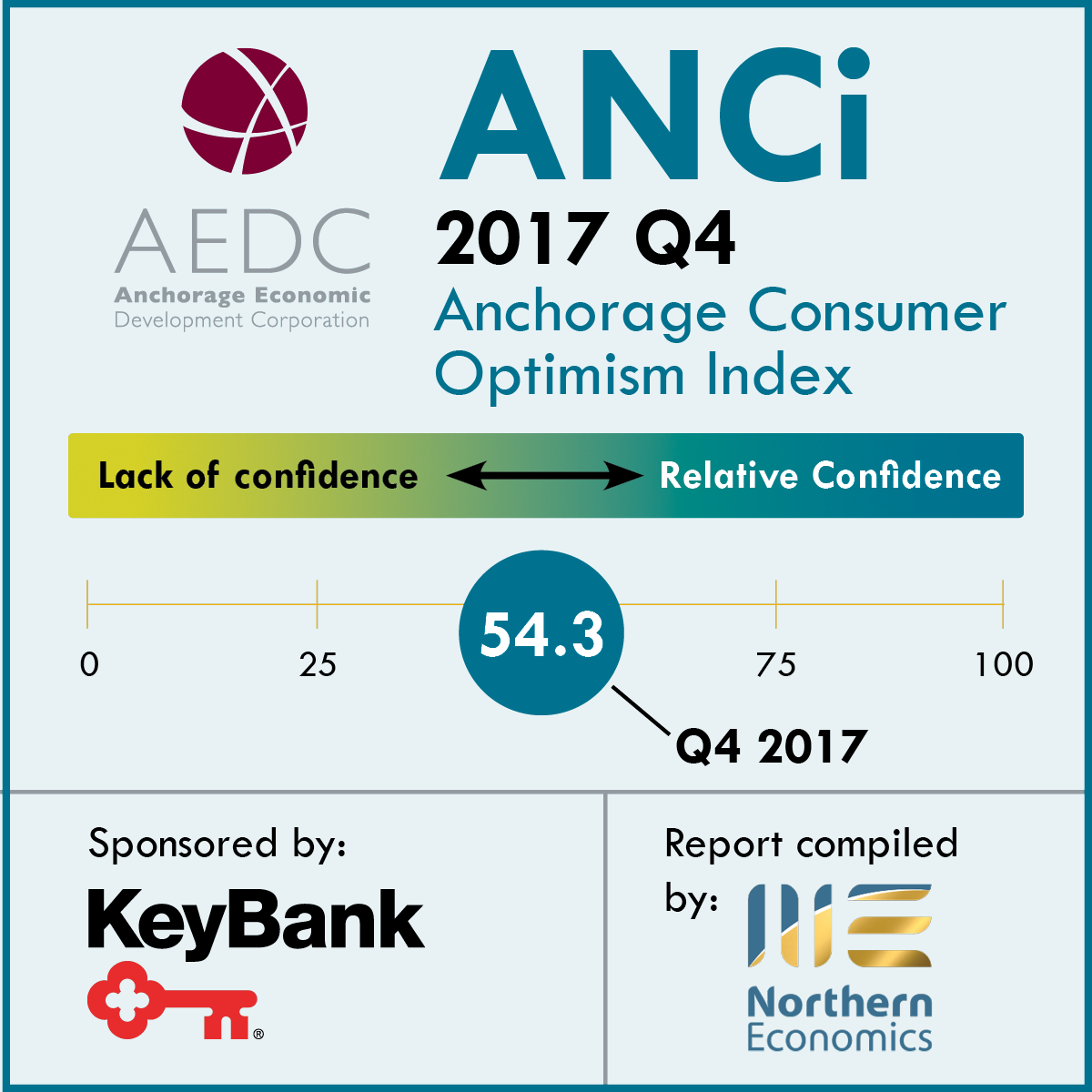 In 2017 Q4, ANCi rebounded sharply from the previous quarter’s near-record low. The index landed at 54.3, up 5.6 points and reaching a level not seen since the third quarter of 2015. More importantly, the index is back above the 50 level, an important level signifying the boundary between optimism and pessimism. The more stable six-month moving average of the index rose to 51.5, a high for 2017 and in fact the highest reading since the first quarter of 2016.

During the same time, U.S. consumer confidence increased modestly. The Conference Board’s Consumer Confidence Index® rose 2.3 points from September to December, while the University of Michigan’s Consumer Sentiment Index rose 0.8 points. Both measures showed a decline in consumers’ expectations for the future, however.

Fiscal concerns remain without concrete progress toward resolution, though oil prices have increased, and no projects have been announced that point to a fuller pipeline and some easing on our primary source of state revenues. Some members of the Alaska Legislature have announced that they will not establish new taxes this year, however, and residents’ expectations for the economy are still slightly pessimistic. Job losses continue in the private sector, albeit more slowly, but this is not the same as a recovery.