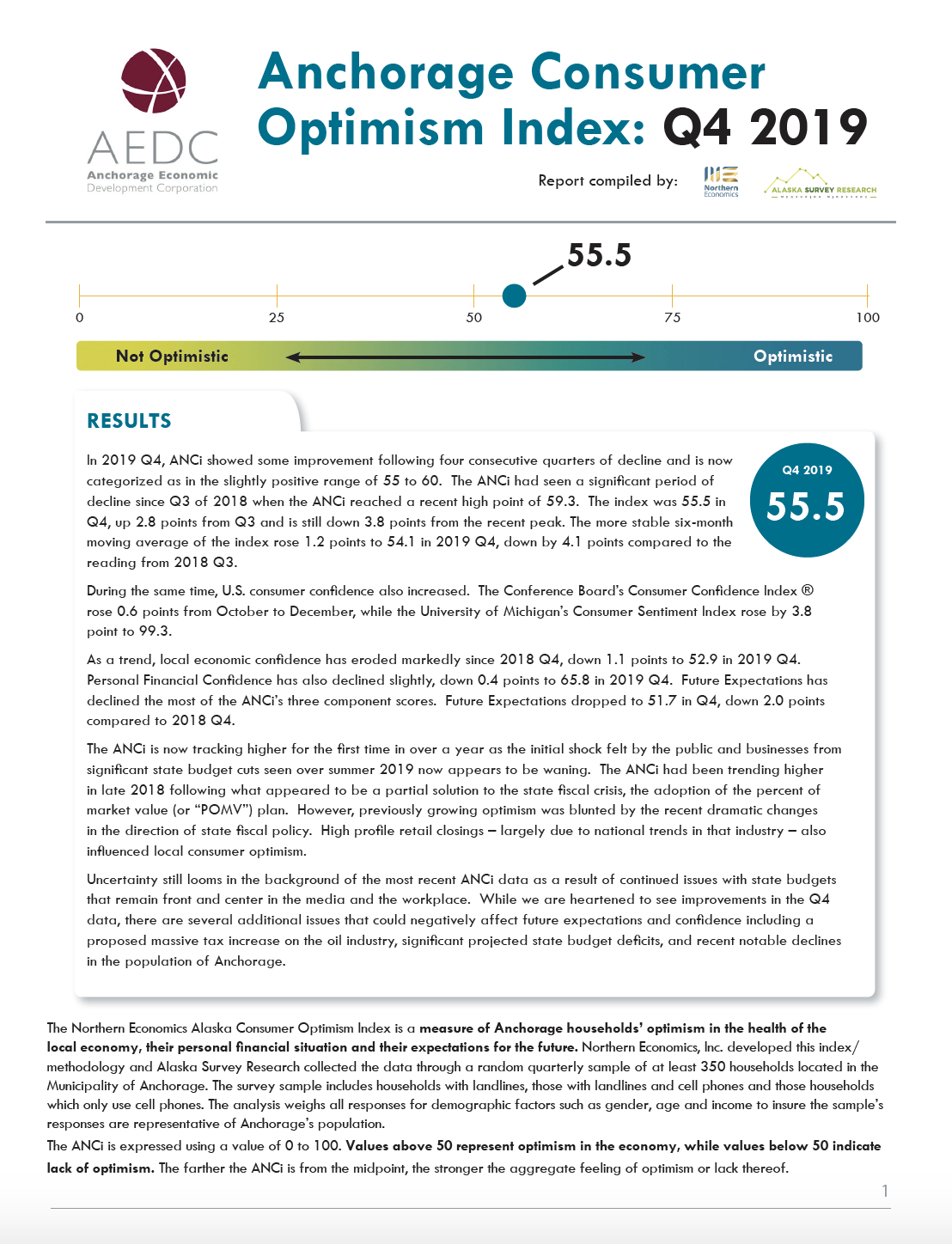 In 2019 Q4, ANCi showed some improvement following four consecutive quarters of decline and is now categorized as in the slightly positive range of 55 to 60. The ANCi had seen a significant period of decline since Q3 of 2018 when the ANCi reached a recent high point of 59.3. The index was 55.5 in Q4, up 2.8 points from Q3 and is still down 3.8 points from the recent peak. The more stable six-month moving average of the index rose 1.2 points to 54.1 in 2019 Q4, down by 4.1 points compared to the reading from 2018 Q3.

During the same time, U.S. consumer confidence also increased. The Conference Board’s Consumer Confidence Index ® rose 0.6 points from October to December, while the University of Michigan’s Consumer Sentiment Index rose by 3.8 point to 99.3.

The ANCi is now tracking higher for the first time in over a year as the initial shock felt by the public and businesses from significant state budget cuts seen over summer 2019 now appears to be waning. The ANCi had been trending higher in late 2018 following what appeared to be a partial solution to the state fiscal crisis, the adoption of the percent of market value (or “POMV”) plan. However, previously growing optimism was blunted by the recent dramatic changes in the direction of state fiscal policy. High profile retail closings – largely due to national trends in that industry – also influenced local consumer optimism.

Uncertainty still looms in the background of the most recent ANCi data as a result of continued issues with state budgets that remain front and center in the media and the workplace. While we are heartened to see improvements in the Q4 data, there are several additional issues that could negatively affect future expectations and confidence including a proposed massive tax increase on the oil industry, significant projected state budget deficits, and recent notable declines in the population of Anchorage.