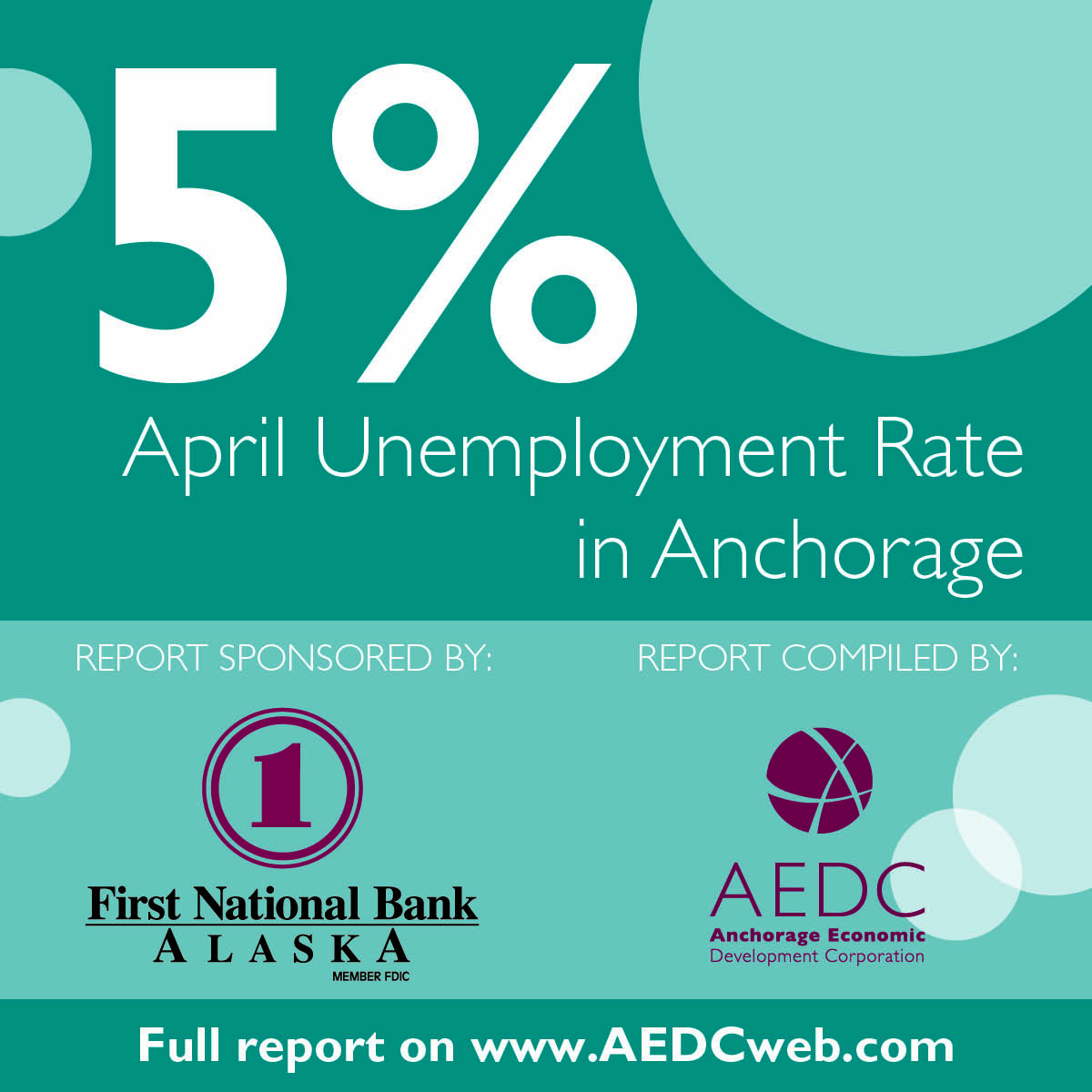 April unemployment in Anchorage was 5 percent, according to the latest employment report released by the Anchorage Economic Development Corp. and sponsored by First National Bank Alaska. This is a 0.4 percent decline from March and remains well below the statewide rate of 6.5 percent and the national rate of 5.9 percent.

“Our economy remains strong and is sustaining steady growth,” said Bill Popp, AEDC president and CEO. “With nine out of 10 major industries at or above the April 2013 averages, we anticipate that Anchorage will see an unemployment rate below 5 percent in the second half of this year.”

The average monthly employment from January to April increased by 600 jobs compared to the same months in 2013. The private sector has seen an increase of 1,100 jobs and government jobs have declined by 500, with losses split between federal employment and local education.

Through April, the goods-producing sector exhibited continued growth, adding 25 new jobs while the service-providing sector added 575 positions compared to the 2013 year-to-date monthly average. The information industry leads the service-providing sector with 4.7 percent growth and is on track to reverse its annual decline for the first time since 2011. Anchorage has also added 400 retail jobs in this time frame, well exceeding the most recent record of 100 new jobs added in 2003.