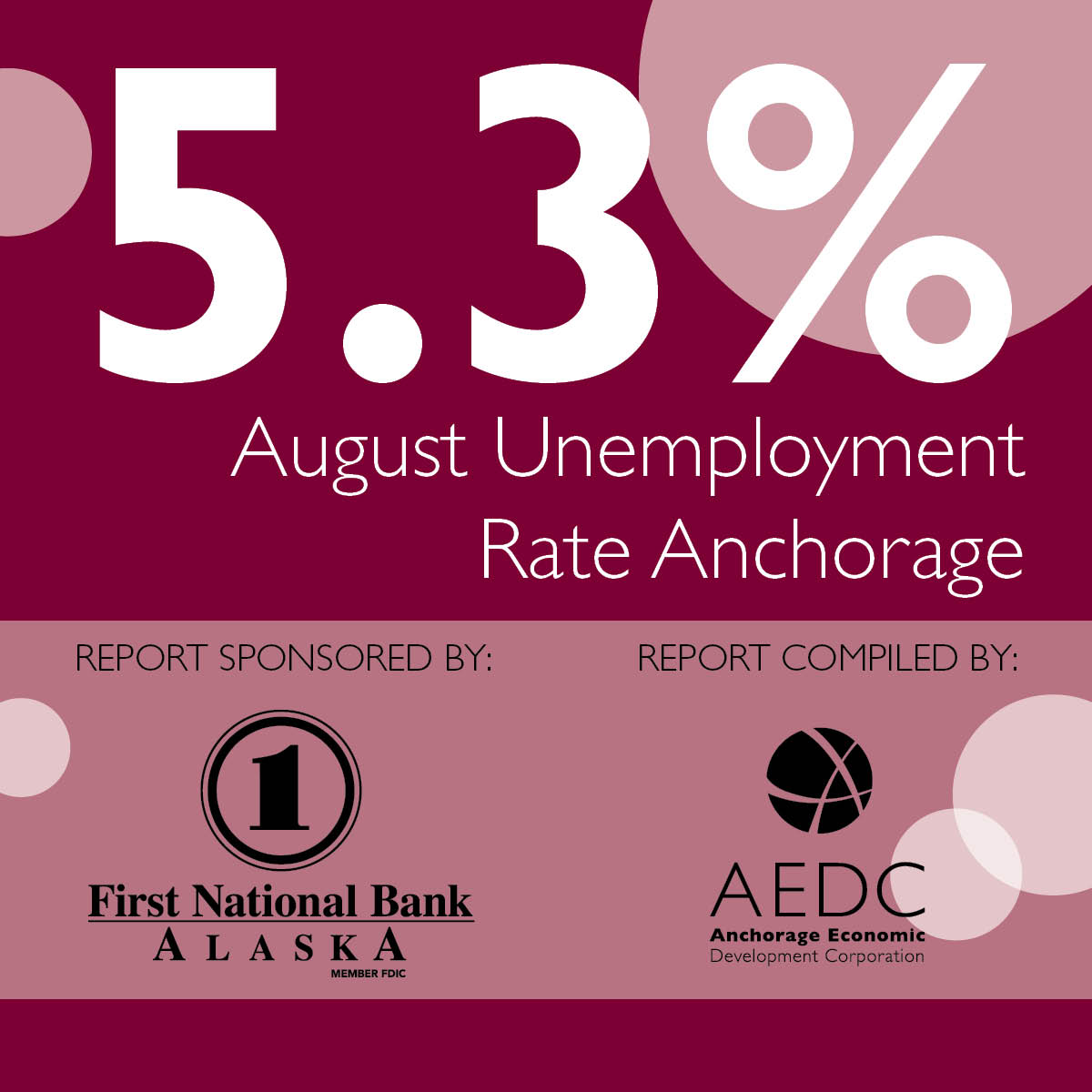 The number of employed Anchorage residents was at an all-time high in August, according to the latest employment report released by the Anchorage Economic Development Corp. and sponsored by First National Bank Alaska. The total number of employed residents was up more than 1,400 compared to August of last year, while the 5.3 percent unemployment rate showed a slight uptick from July’s revised rate of 5.1 percent.

Employment from January to August showed a net increase of 438 jobs over 2013. Anchorage’s private sector has grown by 1,088 jobs so far this year, while government employment has declined by 650 jobs, with losses split between federal and local employment. The number of goods-producing jobs in August was the largest monthly total on record. At 16,500 jobs, this sector showed the largest growth with a gain of 138 jobs year-to-date.

“Monthly job totals in the goods-producing category tend to peak in August and decline through the rest of the year, so we will be watching the numbers carefully,” added Popp. An increase of 138 jobs in the mining and logging industry, which includes oil and gas employment, was the largest contributing factor to the growth.

Jobs in the service sector totaled 146,000 in August, with a year-to-date average up 313 jobs compared to the same months in 2013. Within this sector, the information industry continues to lead with a growth rate of 2.61 percent. Meanwhile, local government employment has seen a decrease of 300 jobs over August 2013 due to budgetary challenges within the Anchorage School District that are expecting to extend over the next four years.