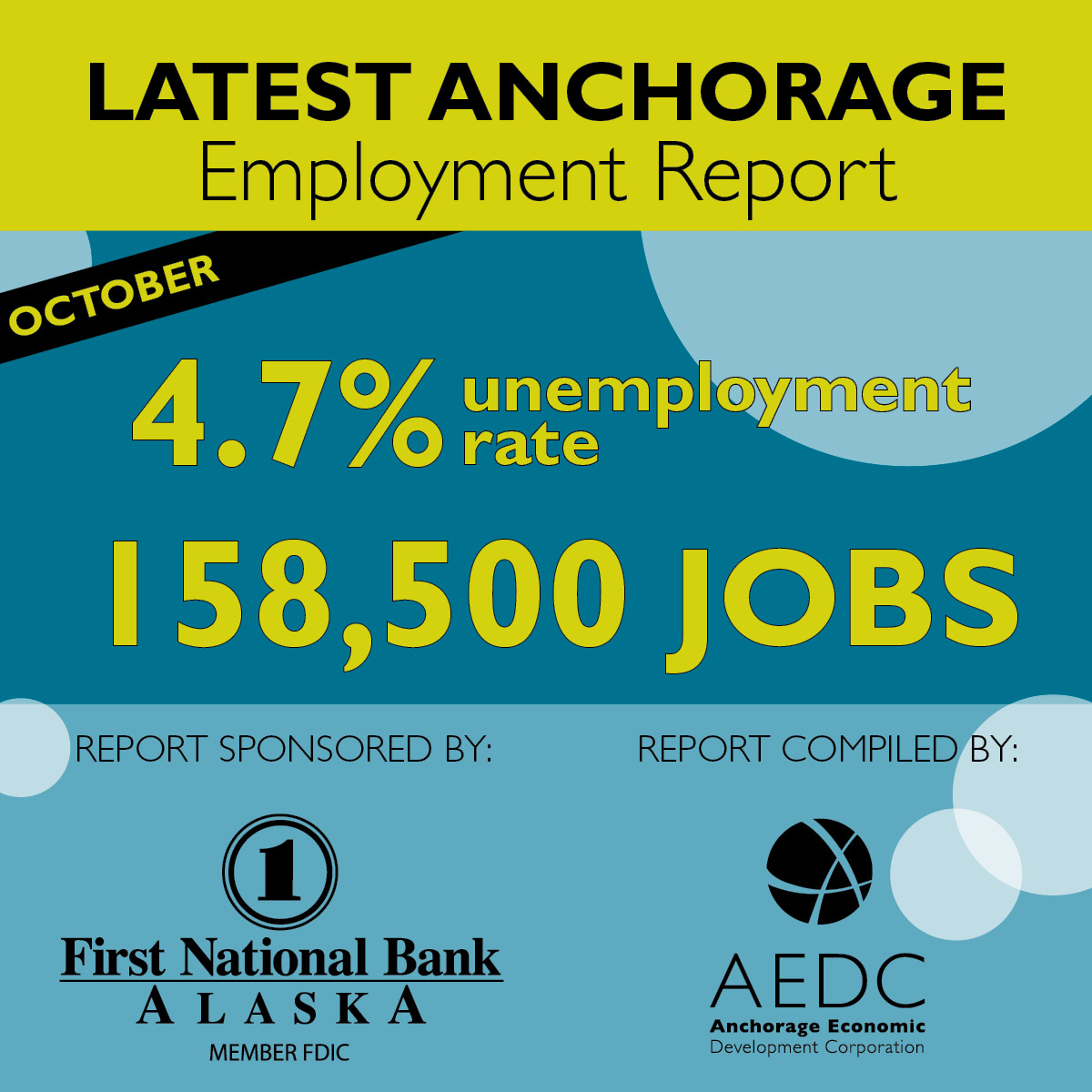 The Anchorage employment estimate for October showed 158,500 jobs, an increase of 1,300 jobs over October of last year. The private sector has grown by 520 jobs year-to-date, while government employment has grown by ten.

“The monthly employment decline from September to October of this year is at a similar pace as the last two years,” said Bill Popp, AEDC president and CEO. “This may indicate that the estimates for the remainder of the year will follow a comparable curve.”

When looking at year-to-date comparisons, the goods producing category, which includes construction, mining, oil and gas and manufacturing has increased by 150 jobs compared to this period last year. The mining and logging industry has gained 50 jobs during this time, while construction has gained 120. The job total for the oil and gas sector, part of the mining and logging industry, is up 50 when compared to this time in 2014. Manufacturing is the only industry within the goods producing category to show a decrease of jobs, with an estimated 10 fewer jobs year-to-date than last year at this time.

“Positive developments during the month of October included BlueCrest’s announcement of a three oil well program at its Cosmopolitan unit in Cook Inlet, ConocoPhillips’ new production at Kuparuk on the North Slope and Petro Star Inc.’s announcement of the groundbreaking for an asphalt plant in North Pole,” noted Popp. “Projects like these help to maintain a stable, well-employed workforce in the state.”

The services providing group, which includes engineering, retail, tourism and health care, showed an increase of 1,200 jobs compared to October 2014. Job growth in the information industry continues to lead, increasing 3.5 percent year-to-date compared to the same period last year. In the retail trade industry, an increase of 200 jobs over October of last year shows the first increase in retail trade from September to October since 2012.