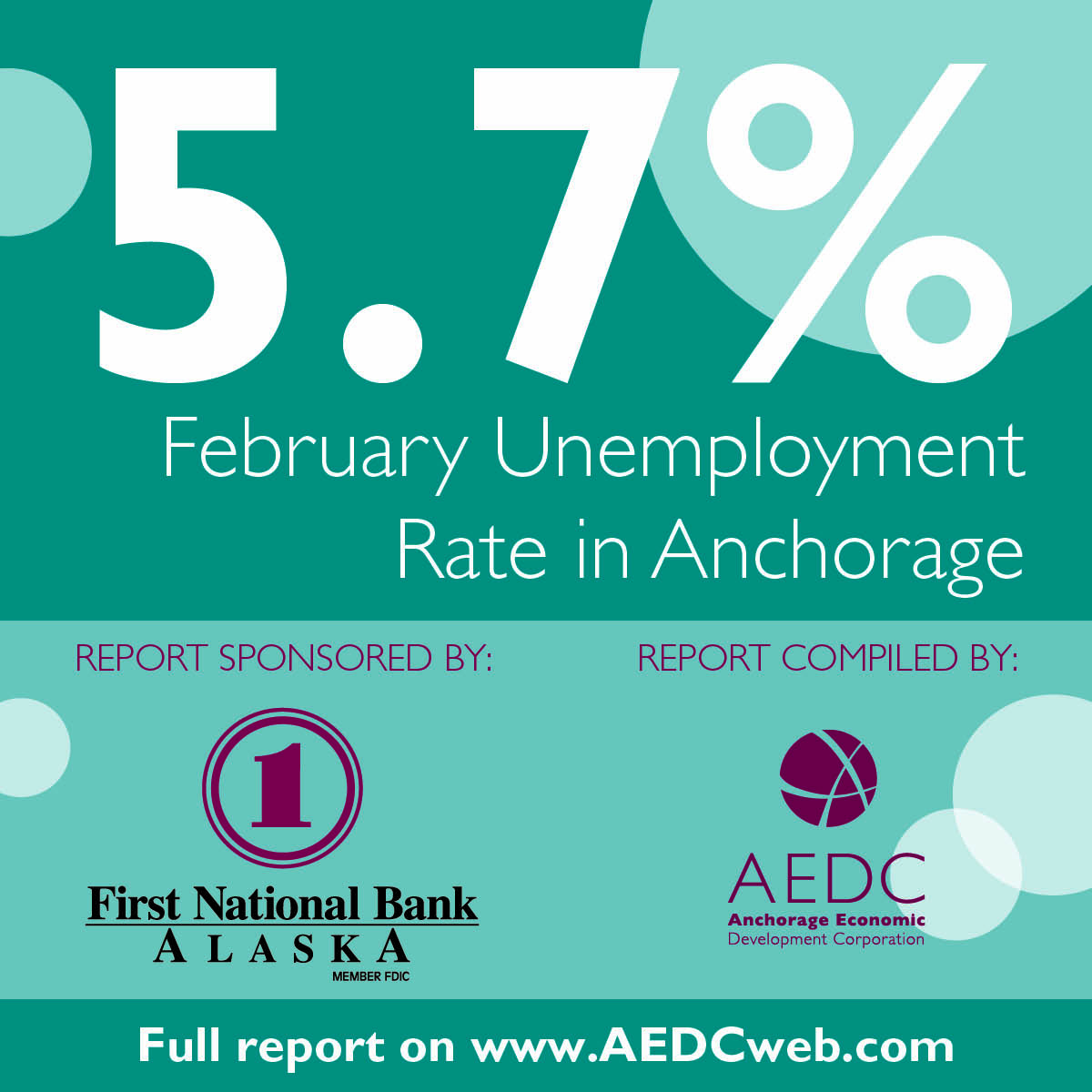 Unemployment in Anchorage was at 5.7 percent in February, well below the national average of 7 percent and the statewide average of 7.6. The Anchorage Economic Development Corp. released the February data in an employment report sponsored by First National Bank Alaska.

AEDC notes in the report that the unemployment rate generally declines each month through May. “With anticipated growth between new construction, the oil and gas industry, information and retail, we’re optimistic about Anchorage’s economy,” said AEDC President and CEO Bill Popp. “The community and region continues to enjoy a very low unemployment rate, the challenge now is to identify the workforce to sustain the growth.”

This year, the private sector has added more than 900 jobs in Anchorage, counterbalancing a loss of 400 government jobs. The industries with the largest year-to-date growth are oil and gas, information services and retail, combining for 650 new jobs.

The construction industry is down 100 jobs to date but is encouraged by a forecast by the Associated General Contractors of Alaska of 18 percent growth statewide in 2014 with more than $9 billion being spent on upcoming projects.

There is an estimated 8,617 unemployed people in Anchorage actively looking for work. Also noted in the report is that survey figures for February are preliminary and will be revised next month.