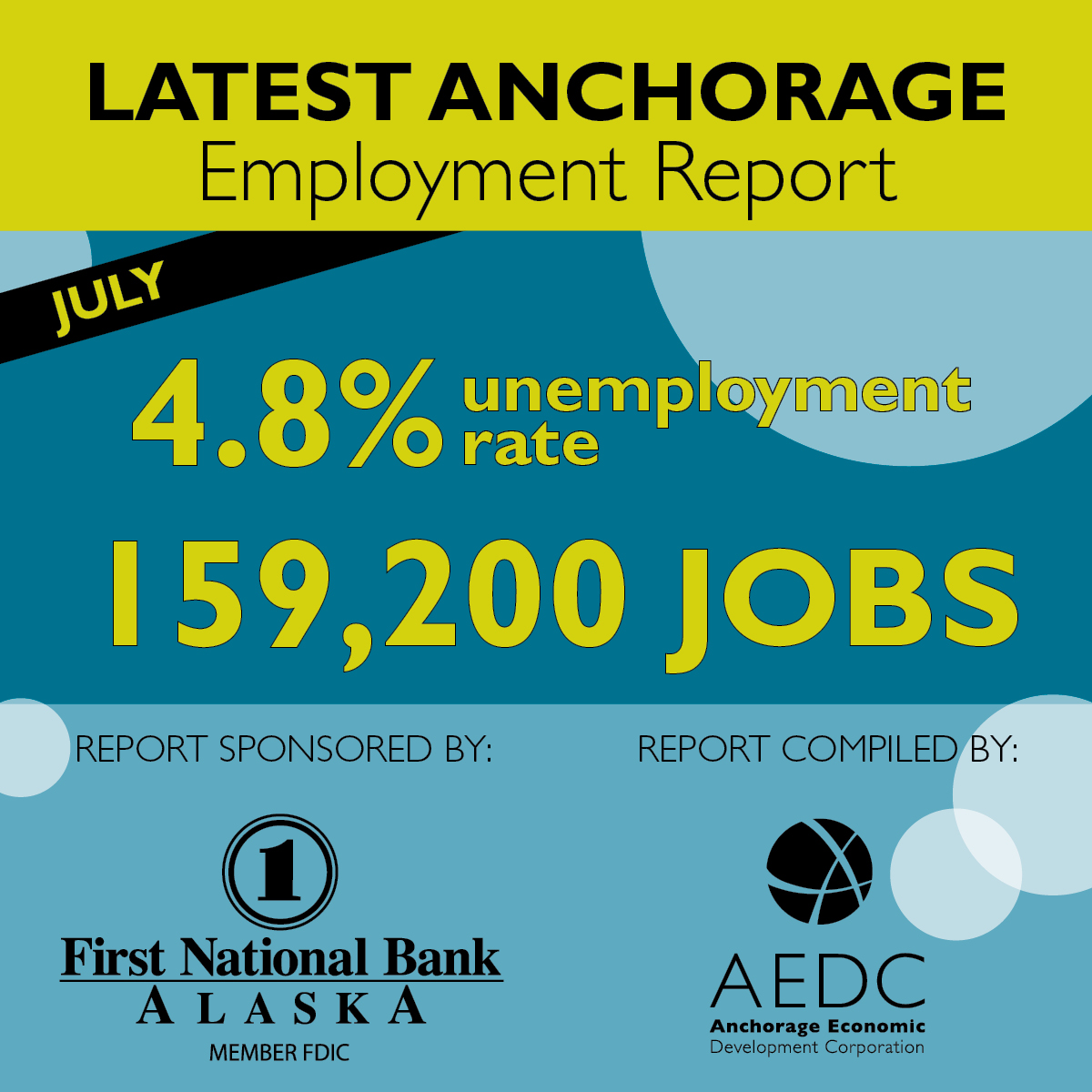 Anchorage unemployment in July was 4.8 percent, according to the latest employment report released by the Anchorage Economic Development Corp. and sponsored by First National Bank Alaska. The July rate shows a 0.6 percent drop from June’s revised rate and is well below the national rate of 5.6 percent and the statewide rate of 5.9 percent.

“Last month was the first time since 2007 that we’ve seen the unemployment rate dip below 5 percent in the month of July,” said Bill Popp, AEDC president and CEO. “We saw steady growth across a range of sectors and this is good news as we transition from summer into winter employment.”

The average total of private sector jobs in Anchorage from January to July increased by 229 compared to the same period in 2014, while government jobs remained flat. Six of the 10 major industries’ are showing slight to modest job growth in the first seven months of 2015.

Within the mining and logging industry, the oil and gas sector is up 71 jobs so far this year, when compared to the same period in 2014. Following an increase of 100 jobs from January to February, monthly jobs totals in this sector have remained stable, indicating steady employment. While ongoing fluctuations in oil prices may impact future expansion projects in the state, industry employment remains stable while companies are advancing their pre-planned projects on the North Slope and Cook Inlet fields.

Jobs in the services-providing industry showed an increase of 500 when compared to July of last year. Within the industry, the information sector continues to accelerate, increasing 3.6 percent so far this year when compared to the same period last year. The leisure and hospitality sector also continues to grow, with June and July monthly estimates at 18,100, the first time this industry has shown job totals higher than 18,000.