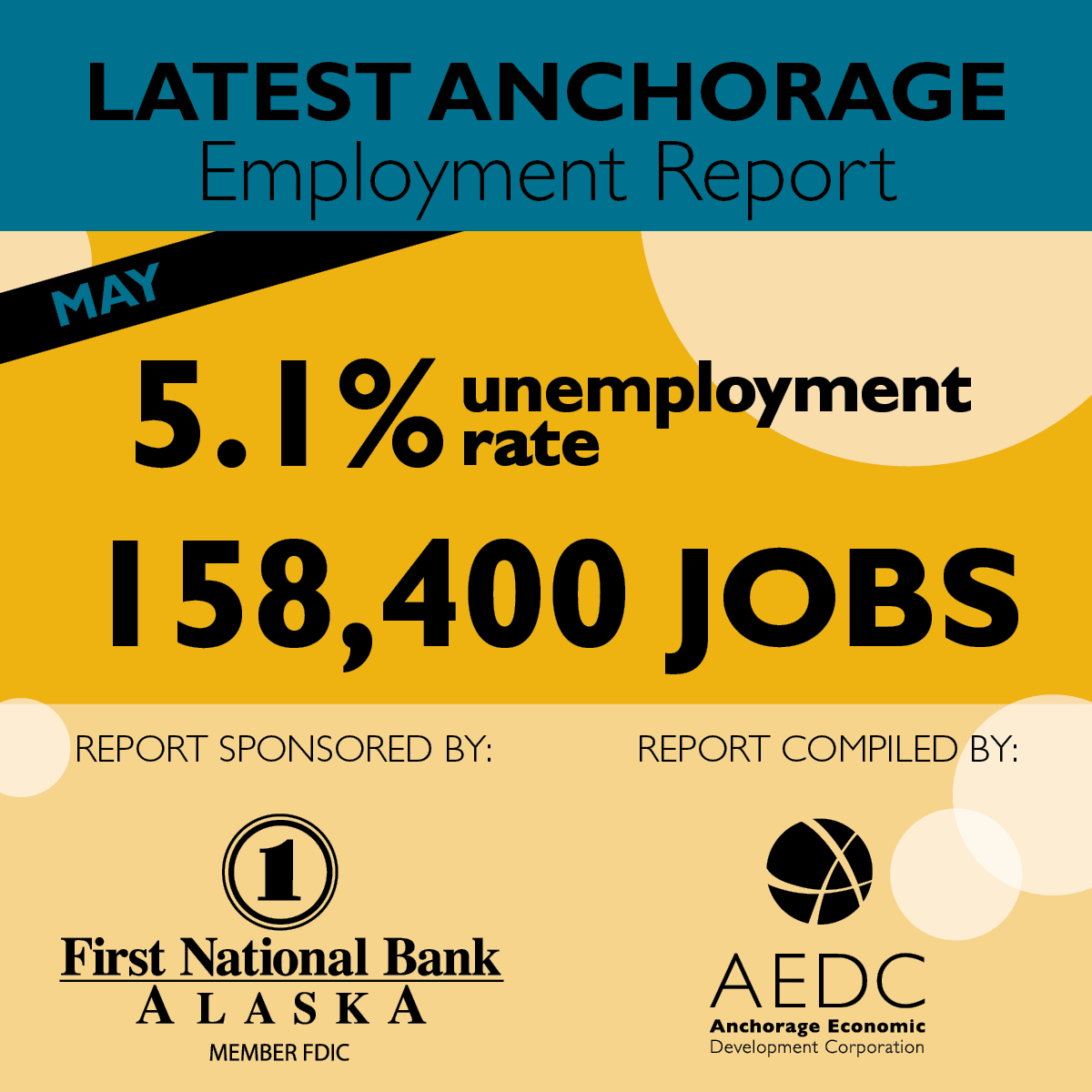 The average year-to-date (YTD) non-seasonally adjusted unemployment rate in Anchorage was 5.3 percent at the end of May, 0.1 percent lower than at this time last year. An increase of 1,100 in the employment total and 954 in the Anchorage labor force during the YTD period has resulted in the reported unemployment total decreasing by 146. The total number of unemployed people in Anchorage for the month of May is estimated at 8,099 (those actively looking for jobs), 259 less than May 2014. In the Mat-Su Borough, the YTD average monthly employment rate is down 1.0
percent from 2014 YTD, while the Kenai Peninsula Borough rate remains unchanged during this time.

It is important to note that these Anchorage unemployment numbers represent the labor force residing in Anchorage,
and does not describe the number of filled positions in Anchorage. The industry employment estimates referenced in the remainder of this report are representative of the number of jobs in the Municipality of Anchorage, regardless of the job holder’s place of residency.