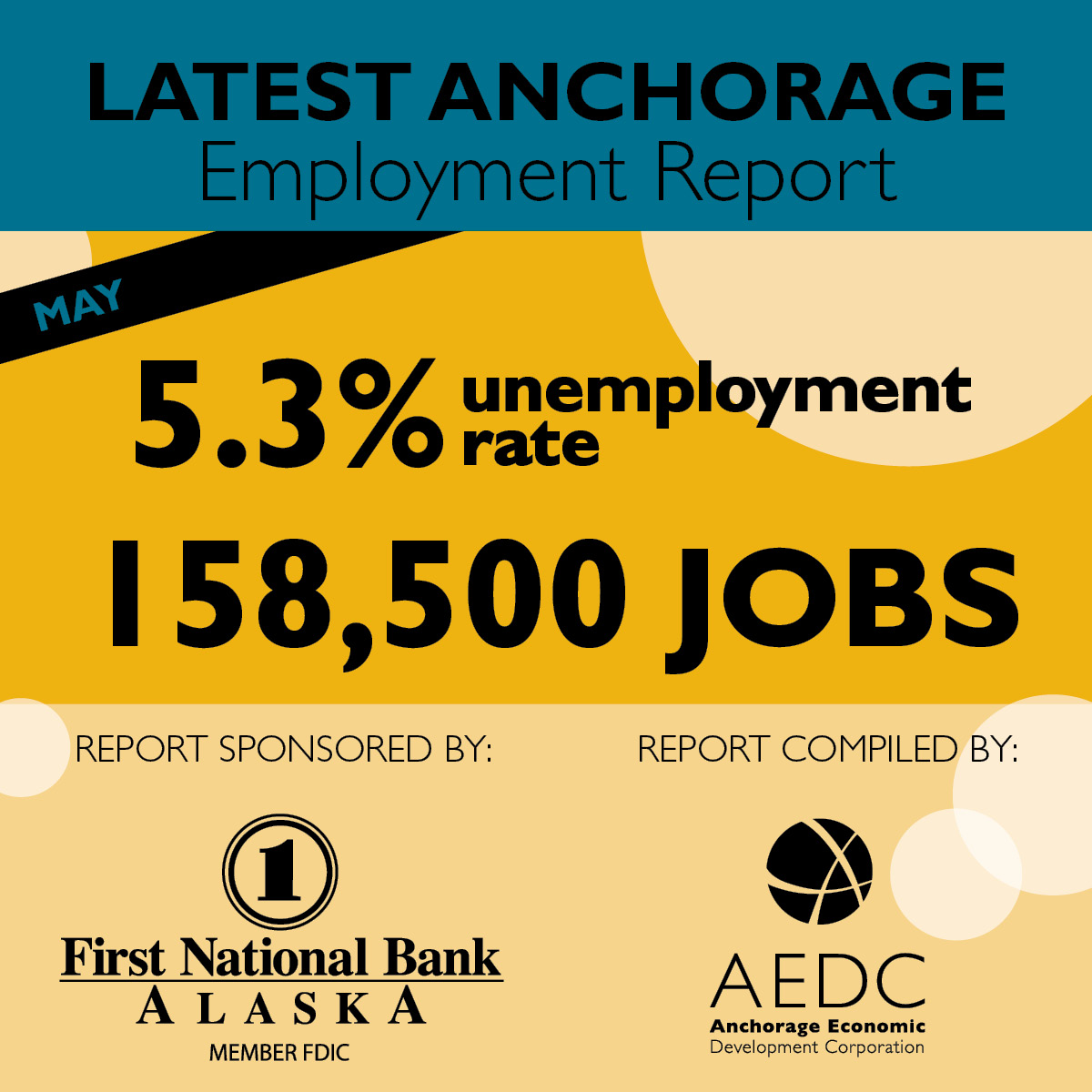 The fourth edition of the 2016 AEDC Employment Report, sponsored by First National Bank Alaska, has just been released.

The Anchorage unemployment rate in May remained 5.3 percent, steady and unchanged from April. Year-to-date unemployment in the city was held at 5.5 percent compared to a national rate of 4.5 percent and still below the statewide not-seasonally-adjusted rate of 6.6 percent.

Overall, Anchorage is down 500 jobs compared to the same time period in 2015, or year-to-year.

The services producing industry, which includes engineering, retail, tourism and health care, continues to grow, having added 500 jobs since January. The health care sector specifically, has contributed 500 new jobs since May of last year. Professional and business services have lost 600 jobs over the same time period, suggesting that the effects of reductions in state capital budgets are having an impact. The transportation sector is up 200 jobs since January and predictions for this category are positive thanks in part to the air cargo industry and a strong visitor season projected for 2016.

The goods producing category, encompassing construction, mining, oil and gas production and manufacturing, continued to trend downward and near 2011 levels. The oil and gas sector had 500 fewer jobs year-to-date compared with the same period in 2015, which was a particularly high employment period.

“Anchorage is seeing tighter times than we’ve enjoyed for the past few years,” said AEDC President and CEO Bill Popp. “However, we are staying on track with the most recent economic forecast so this has all been expected. We do have some good news with oil prices hitting the $50 per barrel mark, which could hint at some balance being reached in the near future.”