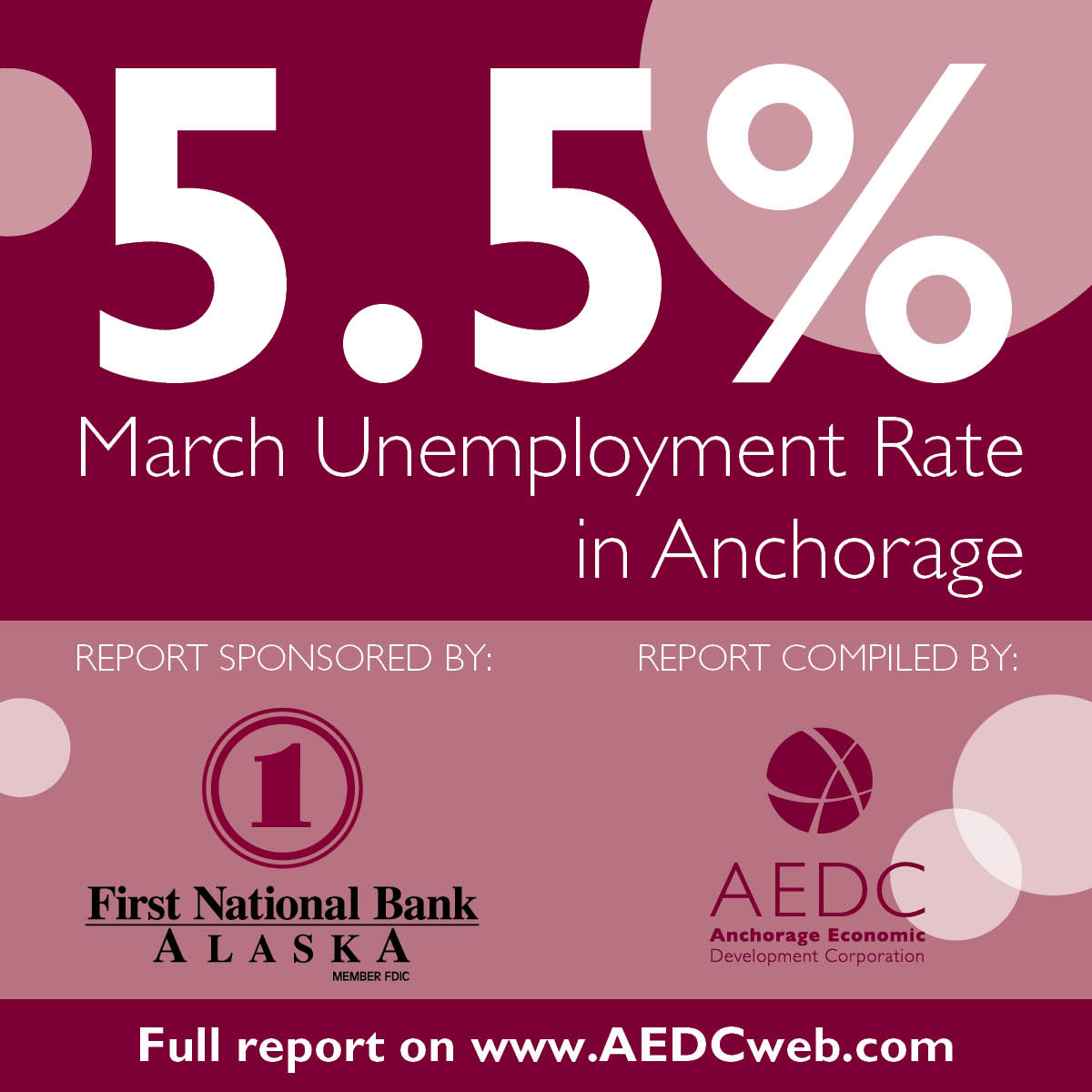 March unemployment in Anchorage was down 0.2 percent from February, according to the latest employment report released by Anchorage Economic Development Corp. and sponsored by First National Bank Alaska. The reading of 5.5 percent was well below the national average of 6.8 percent and the statewide average of 7.4 percent.

The 2014 pattern closely resembles last year’s trend, with AEDC anticipating the rate to dip below 5 percent for the second half of the year.

“Our local economy continues to thrive,” said Bill Popp, AEDC president and CEO. “The downward trend in unemployment claims, coupled with significant growth in six of 10 major industries, sets the scene for a very positive second half of the year.”

The average monthly employment from January to March 2014, increased by 567 jobs compared to the same months in 2013. The private sector average grew by 1,066 jobs during the same period. Government jobs declined by 500 with losses split between federal employment and local education. The oil and gas sector average added 133 new jobs in the goods-producing category, a 3.92 percent increase.

Through March, service-providing jobs, such as engineering, retail, tourism and health care, exhibited strong growth with a combined total of 567 new jobs compared to the 2013 year-to-date monthly average. The growth rate for the information industry is 5.41 percent to date, the highest of the service industries.