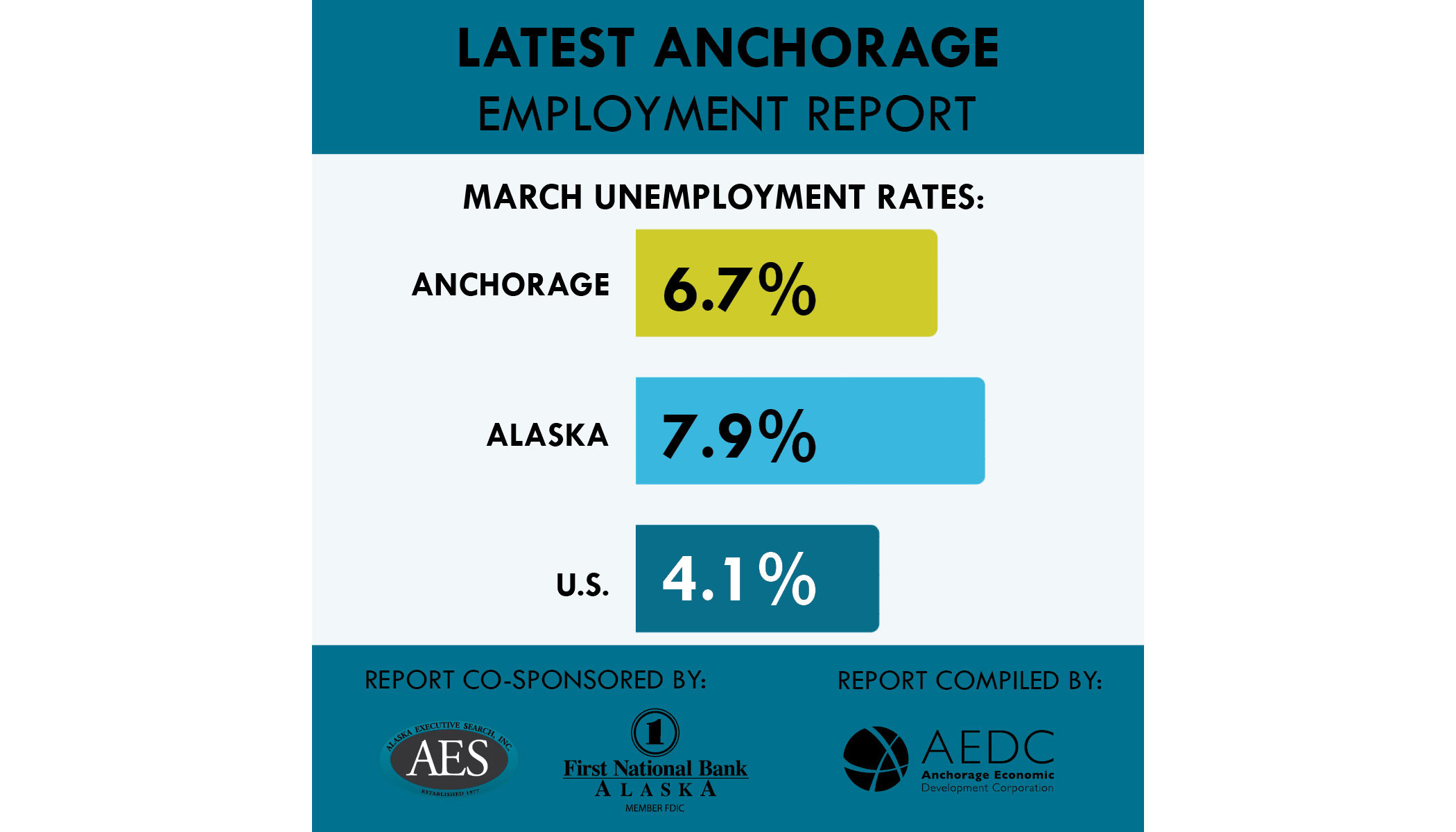 The Anchorage 2018 average year-to-date (YTD) not seasonally adjusted unemployment rate  rose to 6.5 percent at the end of March, 1.1 percent higher than at this time last year. A decrease of 3,551 in the employment total and a decrease of 2,666 in the Anchorage labor force during the YTD period has resulted in the reported unemployment total increasing by 959. The total number of unemployed people in Anchorage for the month of March is estimated at 9,830 (those actively looking for jobs), 680 more than March 2017.

As for Anchorage industry employment estimates, which includes total jobs in Anchorage held by city residents and commuters, the YTD average through March for 2018 shows a loss of 2,000 jobs (-1.3 percent) so far compared to the same period in 2017. The private sector (total jobs minus government jobs) at 119,400 jobs shrunk by 1,300 (-1.1 percent) jobs during this time, while Government employment at 28,700 jobs has decreased by 700 (-2.4%). Federal jobs decreased by 200 (-2.4 percent). State government jobs have decreased by 200 (-2.0 percent) and Local Government jobs have decreased by 300 (-2.8 percent). Please note that these figures will likely be revised as more data is received and additional analysis is conducted.