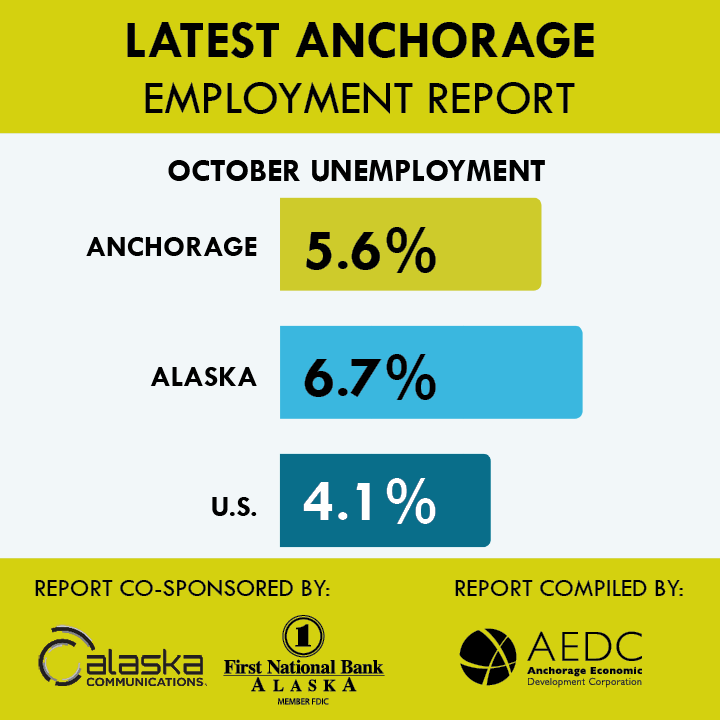 The Anchorage 2017 average year-to-date (YTD) not seasonally adjusted unemployment rate remains at 5.7 percent at the end of October, 0.4 percent higher than at this time last year. An increase of 1,605 in the employment total and an increase of 2,344 in the Anchorage labor force during the YTD period has resulted in the reported unemployment total increasing by 738. The total number of unemployed people in Anchorage for the month of October is estimated at 8,867 (those actively looking for jobs), 983 more than October 2016.