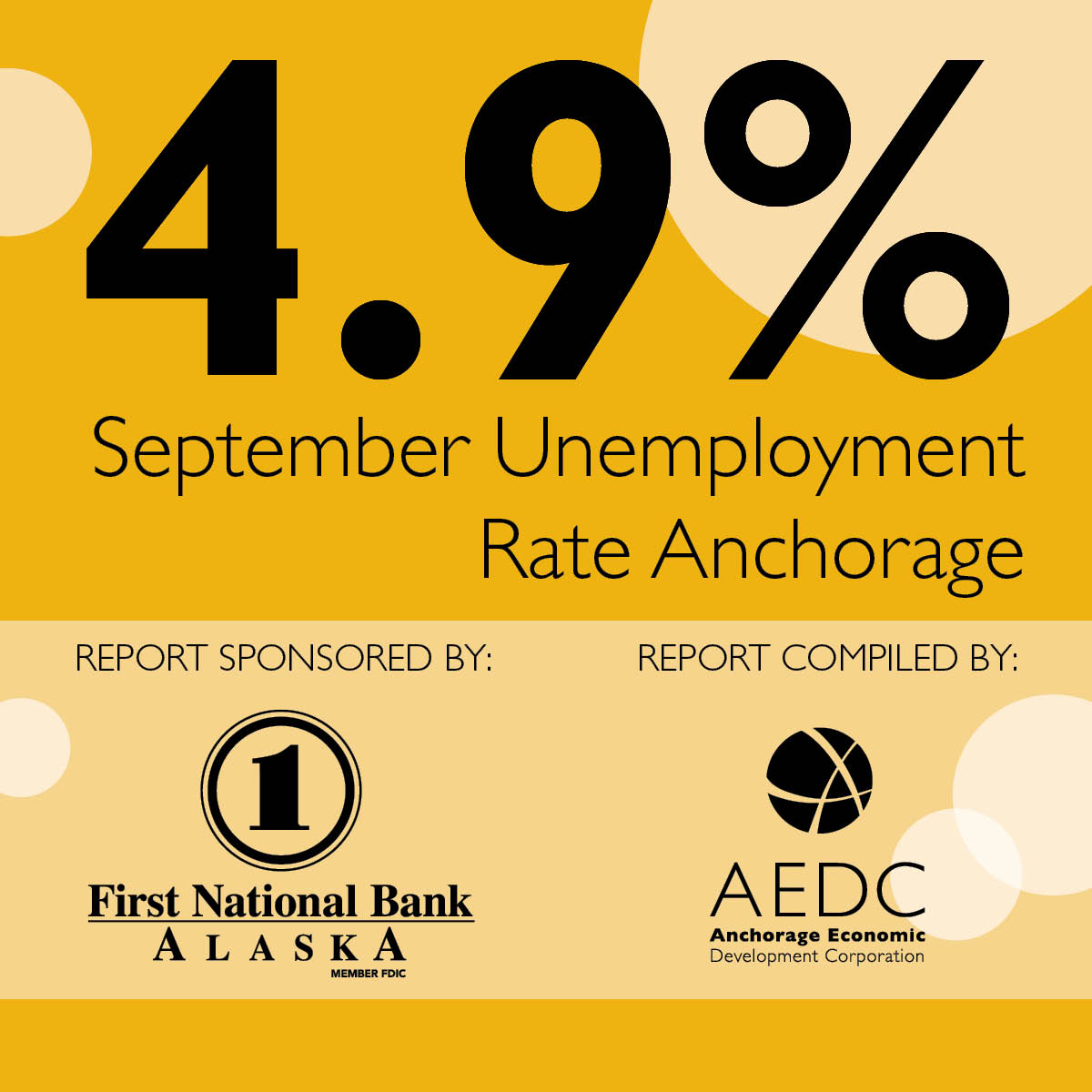 Anchorage unemployment fell to 4.9 percent in September, according to the latest employment report released by the Anchorage Economic Development Corp. and sponsored by First National Bank Alaska. With the highest jobs total on record for the month, coupled with a low year-to-date unemployment rate, Anchorage’s labor market is typical of a “full employment” environment.

Employment from January through September showed a net increase of 411 jobs over the same period in 2013. Leading the way, the private sector has grown by 1,033 jobs year to date, for a growth rate of 0.8 percent. These gains make up for losses in government employment, which shows 622 fewer jobs than at this time last year.

Although growth in goods-producing jobs peaked in August and is now into its annual decline, the monthly total for oil and gas employment is the highest it’s been since 1991, at 3,700 jobs. In the service-providing sector, the information industry maintained its position as the fastest growing area with a growth rate of 2.02 percent so far this year. September’s overall jobs total of 160,600 is the highest September total on record.

“Each year, the total jobs number declines from August to December,” said Bill Popp, AEDC president and CEO. “We are seeing that decline happen less quickly than expected, suggesting that this year’s job gains are here to stay.”