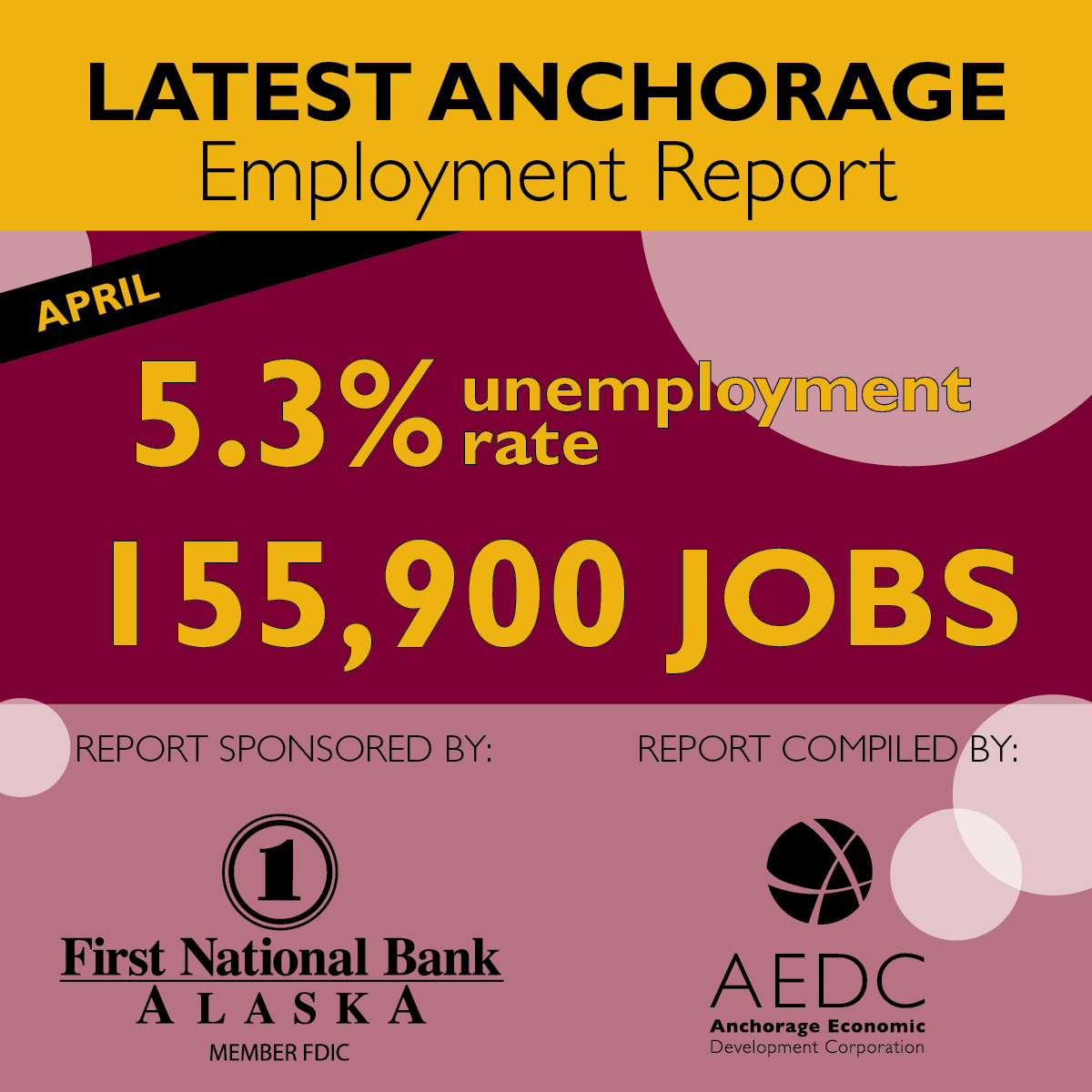 Anchorage’s unemployment rate in April was 5.3 percent, a decrease of 0.2 percent from the March revised rate, according to the latest employment report released by the Anchorage Economic Development Corp. and sponsored by First National Bank Alaska. This rate sets the 2016 year-to-date Anchorage unemployment rate at 5.5 percent. These numbers are above the national rate of 5.0 percent and below the statewide rate of 6.9 percent.

The report’s employment estimate for April showed 155,900 jobs held in Anchorage, a decline of 300 jobs compared to the same period in 2015. The private sector shrunk by 600 jobs, while government employment has grown by 300.