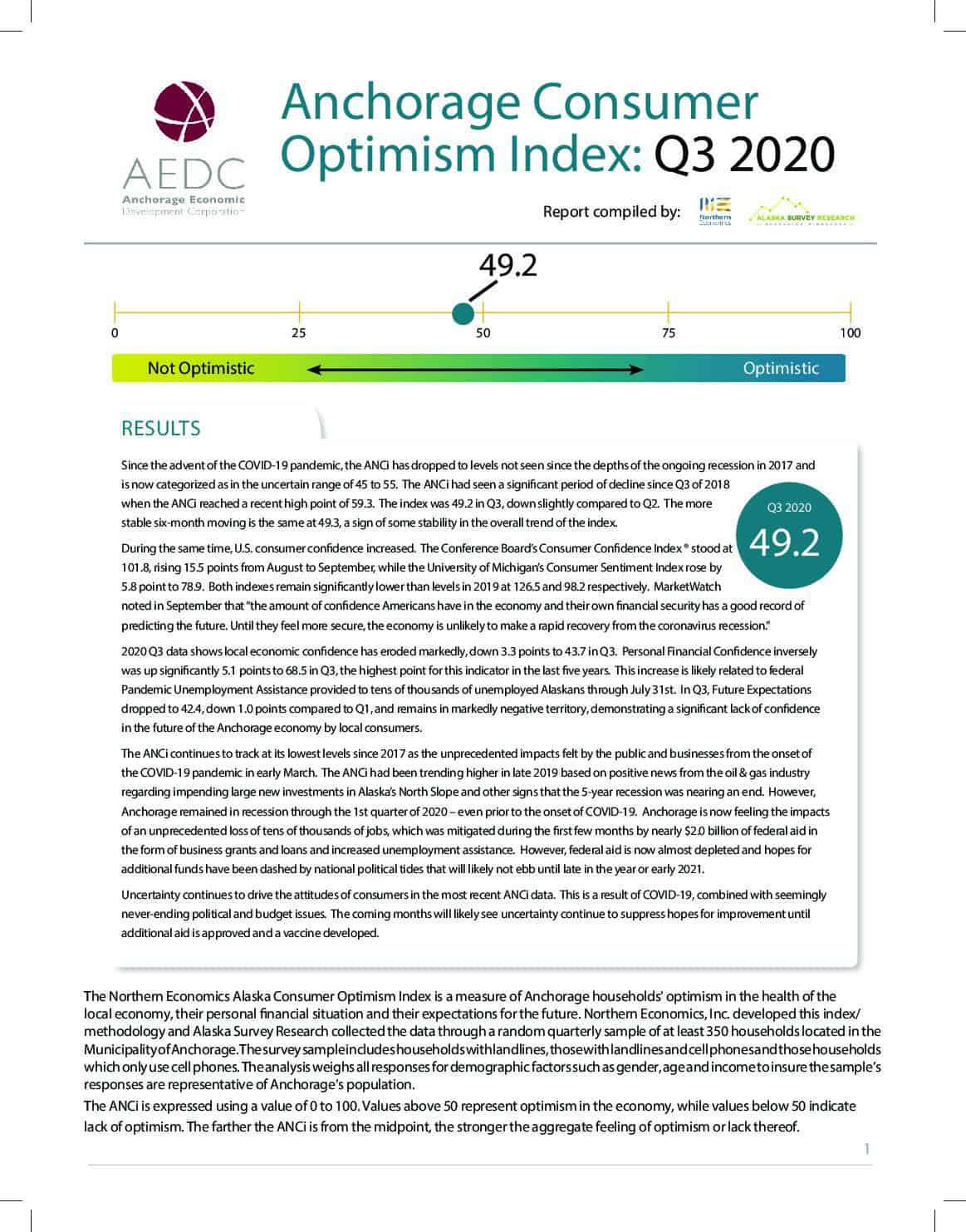 Since the advent of the COVID-19 pandemic, the ANCi has dropped to levels not seen since the depths of the ongoing recession in 2017 and is now categorized as in the uncertain range of 45 to 55. The ANCi had seen a significant period of decline since Q3 of 2018 when the ANCi reached a recent high point of 59.3. The index was 49.2 in Q3, down slightly compared to Q2. The more Q3 2020 stable six-month moving is the same at 49.3, a sign of some stability in the overall trend of the index.

During the same time, U.S. consumer confidence increased. The Conference Board’s Consumer Confidence Index ® stood at 101.8, rising 15.5 points from August to September, while the University of Michigan’s Consumer Sentiment Index rose by 5.8 point to 78.9. Both indexes remain significantly lower than levels in 2019 at 126.5 and 98.2 respectively. MarketWatch noted in September that “the amount of confidence Americans have in the economy and their own financial security has a good record of predicting the future. Until they feel more secure, the economy is unlikely to make a rapid recovery from the coronavirus recession.”

2020 Q3 data shows local economic confidence has eroded markedly, down 3.3 points to 43.7 in Q3. Personal Financial Confidence inversely was up significantly 5.1 points to 68.5 in Q3, the highest point for this indicator in the last five years. This increase is likely related to federal Pandemic Unemployment Assistance provided to tens of thousands of unemployed Alaskans through July 31st. In Q3, Future Expectations dropped to 42.4, down 1.0 points compared to Q1, and remains in markedly negative territory, demonstrating a significant lack of confidence in the future of the Anchorage economy by local consumers.

The ANCi continues to track at its lowest levels since 2017 as the unprecedented impacts felt by the public and businesses from the onset of the COVID-19 pandemic in early March. The ANCi had been trending higher in late 2019 based on positive news from the oil & gas industry regarding impending large new investments in Alaska’s North Slope and other signs that the 5-year recession was nearing an end. However, Anchorage remained in recession through the 1st quarter of 2020 – even prior to the onset of COVID-19. Anchorage is now feeling the impacts of an unprecedented loss of tens of thousands of jobs, which was mitigated during the first few months by nearly $2.0 billion of federal aid in the form of business grants and loans and increased unemployment assistance. However, federal aid is now almost depleted and hopes for additional funds have been dashed by national political tides that will likely not ebb until late in the year or early 2021.

Uncertainty continues to drive the attitudes of consumers in the most recent ANCi data. This is a result of COVID-19, combined with seemingly never-ending political and budget issues. The coming months will likely see uncertainty continue to suppress hopes for improvement until additional aid is approved and a vaccine developed.