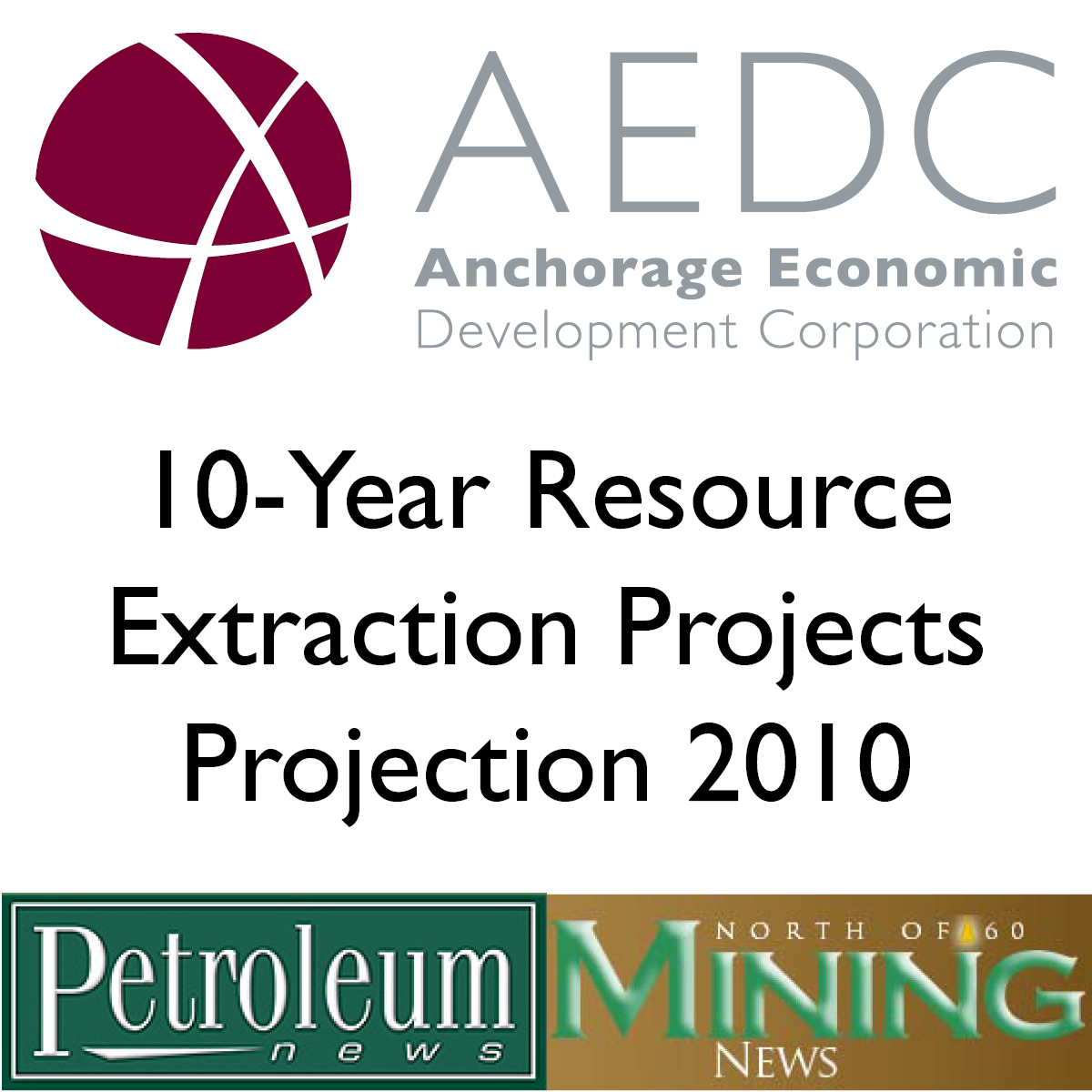 As part of its effort to contribute to the business communities planning efforts, and to promote a more robust dialog about Alaska’s economic future, AEDC has developed the 2010 version of its 10-year resource extraction projects projection. The components of this 10-year projection are proposed new projects in the oil & gas and mining sectors, as well as industry related issues such as aging workforce.

Most of the issues and projects contained in the projection are those that would create new direct, full time equivalent jobs not currently in existence in Alaska, or will require significant replacement numbers for existing workers. There are no indirect jobs accounted for in this projection.

This year, AEDC is pleased to announce that sister newspapers Petroleum News and North of 60 Mining, Alaska’s two premier oil & gas and mining publications, have joined AEDC in preparing this projection by providing the key research the projection is based on. AEDC would like to thank Kay Cashman of the Petroleum News and Shane Lasley of North of 60 Mining for their help in putting this projection together. Thanks to their research, AEDC today can present a much more comprehensive projection.