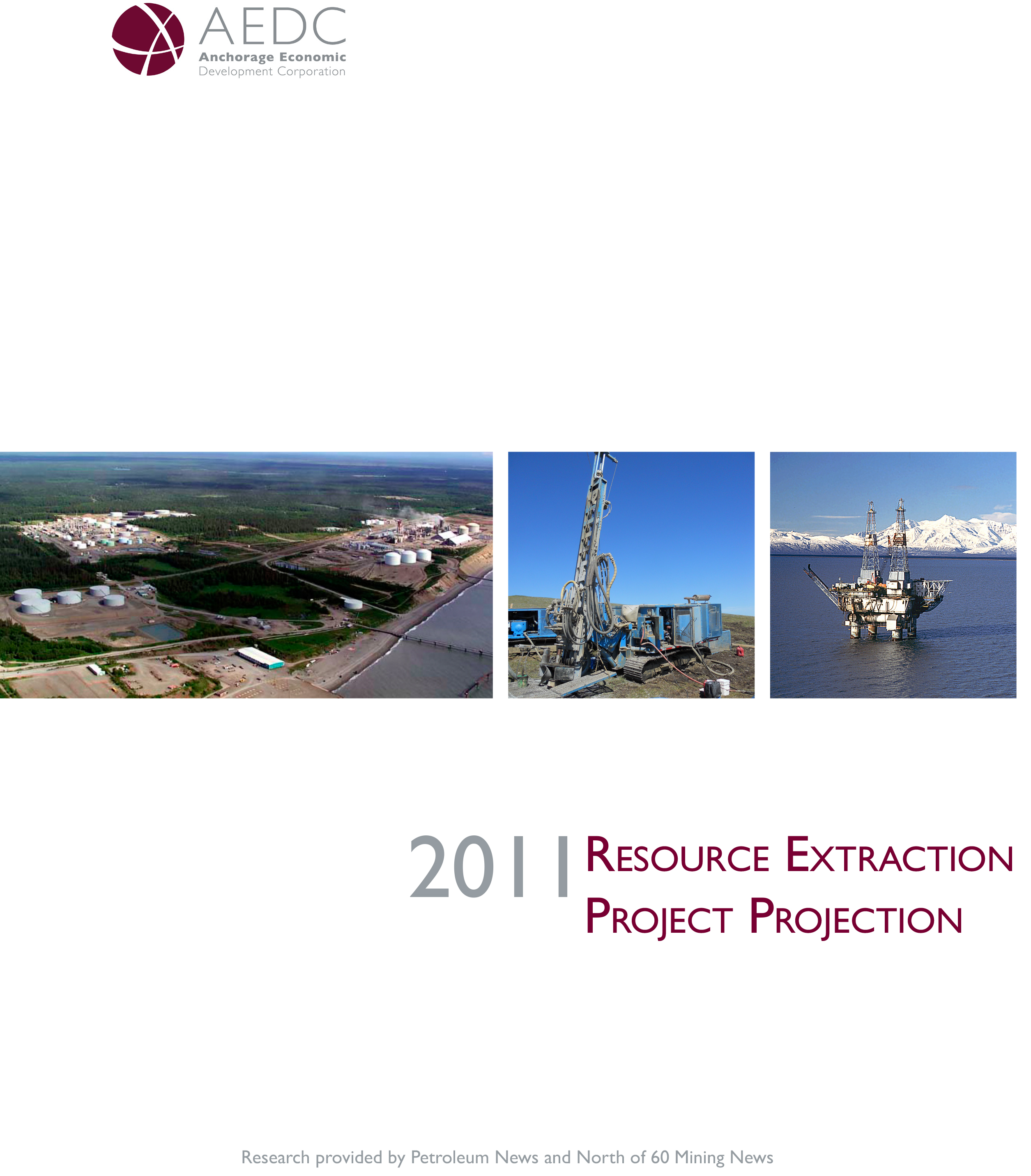 This projection began in 2004 as a modest project to address a request to the Kenai Peninsula Borough Mayor’s oil & gas office from the University of Alaska sponsored Workforce Development conference to give perspective on what the future might hold for resource extractions in the next decade. While that first forecast was very simplistic, it triggered a flood of requests for a more detailed projection that should be updated annually.

Over time, this projection changed in a number of ways, including improved project details and better modeling of project flow and annual workforce demands. In 2007, the projection was handed off to AEDC. Then in 2009 a milestone was reached through an agreement between AEDC and Petroleum News (PN) and North of 60 Mining News (N60) publications. The two publications agreed to provide the factual research upon which AEDC then developed its own perspectives and projections. At the same time, AEDC also engaged the McDowell Group to provide help with modeling annualized workforce needs and project spending for the projects profiled.

When it was first developed, the purpose of the projection was focused on providing perspectives in support of workforce training initiatives. For example, what projects were under development, when would they begin activities and how many workers would they need? It also underlined the need to be better prepared to support the projects through infrastructure improvements, as well as the potential social and economic impacts to communities.

From 2004 through 2008 this projection was driven by optimism for the future. There was good reason for that optimism. The natural gas pipeline from the North Slope to the lower 48 looked like a sure thing. The national political stars were aligned for ANWR. Mining was seeing a resurgence of investment and the Pebble Mine was emerging as a world-class copper prospect that could become a new economic driver in a struggling region of Alaska. Alaska’s future was bright and the early years of the resource extraction project projection reflected those looming opportunities.

The 2009 projection was a significant departure from previous years. While there were a large number of projects profiled that were proposing to move forward in the next 10 years, AEDC sounded a clear note of caution, for the first time, that forces were aligning against the successful launching of any of the projects profiled. This growing sense of concern was driven in part by the global recession, but also by growing issues related to taxation, permitting and litigation.

This year, AEDC is departing from past practice and will not offer “odds of success” for any projects included in the projection. The current challenged investment environment in Alaska leads us to view the future as questionable for most of the projects we will address in the projection. Permitting, litigation, critical habitat, taxation, project economics and lack of key infrastructure are issues that are challenging projects in ways that, when combined, create high levels of uncertainty that negatively affect investment and diminish Alaska’s competitiveness in the global market place.

The opportunities that exist for significant new development within the next 10 years for Alaska will only be possible if we address these issues and improve Alaska’s investment climate and competitiveness. If we do not take proactive steps to address these issues in the near term, it is likely that most of the proposed projects described will not go forward, all to the detriment of Alaska’s economic future.