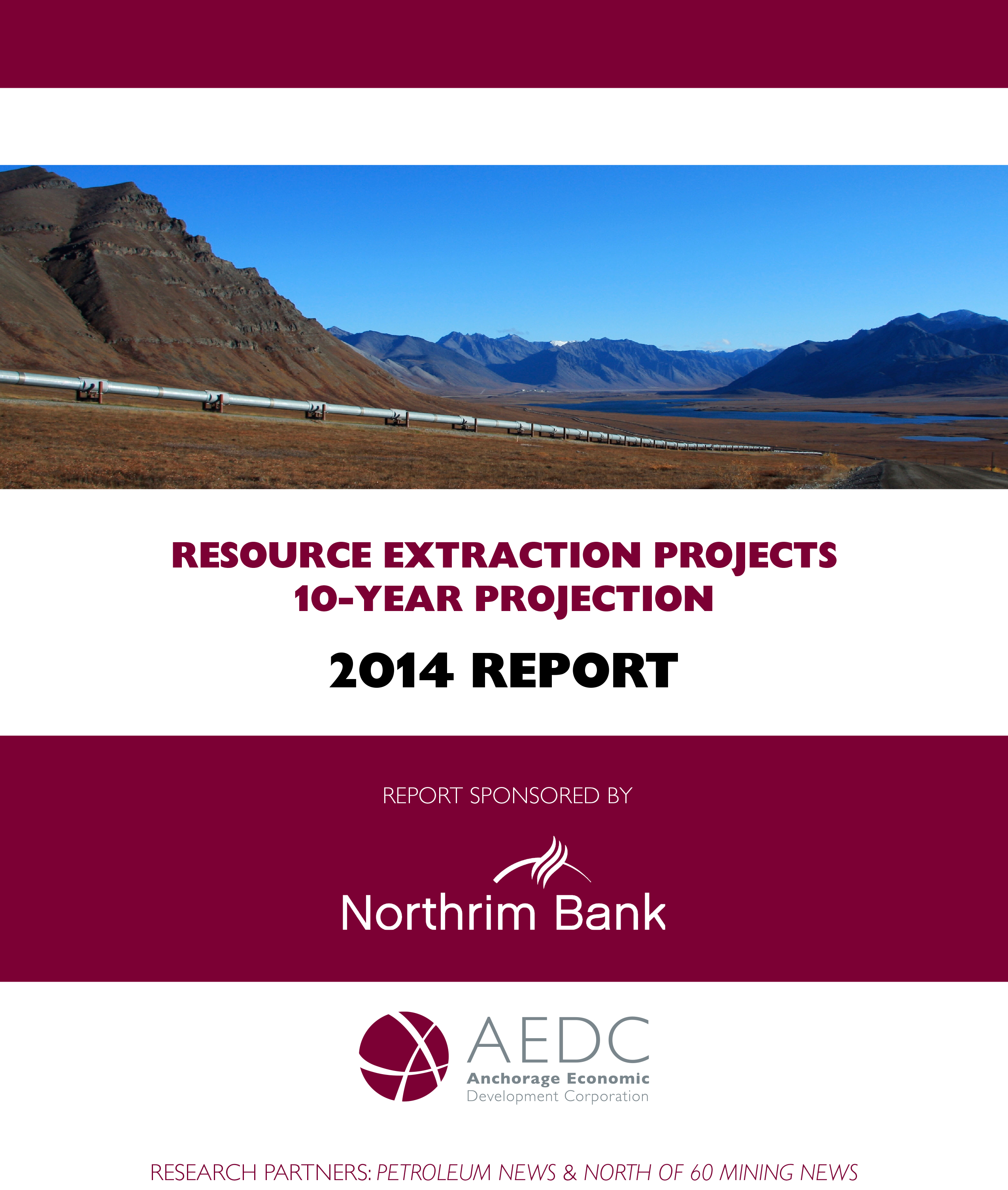 The Anchorage Economic Development Corp. projects that 20,000 new jobs could be created by potentially $68 billion in investments proposed by the natural resource extraction industry over the next 10 years. The projection was presented at an industry event to release AEDC’s Resource Extraction Report sponsored by Northrim Bank.

“This year, AEDC continues to call for greater dialog and collaboration between industry, government and the public so that Alaska can actually realize part or all of the jobs and investments proposed,” said Bill Popp, AEDC president and CEO. “The resource extraction industry has experienced a great deal of turbulence in recent years caused by a myriad of challenges which has led to gridlock. This is hampering Alaska’s competitiveness in the natural resource marketplace.”

While most of the profiled projects in the projection face a very uncertain future, recent investment in the established Cook Inlet oil and gas fields has been strong. Cook Inlet oil producers have increased output by 25 percent in the last year, while related unemployment rates continue to drop. Significant new investments are also now being made in the North Slope, with hopes for a flattening of the production decline curve in the coming years.

Additional plans for new oil and gas exploration in other regions have stalled, particularly in the waters of the Outer Continental Shelf. Many exploration projects have been slowed by the wait for Arctic drilling federal regulations. Rapid technology improvements, which allow for less expensive drilling in the Lower 48, threaten the future price of oil in the challenging and more expensive environs of Alaska. Alaska’s overall diminishing competitiveness is compounded by a lack of agreement among Alaskans on a common vision for Alaska’s economic future. “Development timelines for most newly proposed projects are now measured in decades,” said Popp. “As quickly as the marketplace is changing, Alaska does not have that kind of time.”

The mining sector has shown mixed results. Gold production has reached near-record highs, but a decline in the price of gold has stifled new developments. While the development schedule for Bokan Mountain and Donlin Gold have been bolstered, the Pebble Project has incurred major disruptions in the past year and faces uncertainty.

Meanwhile, the effort to bring natural gas to market influences all of the oil, gas and mining projects. New natural gas production from Cook Inlet and the North Slope may reduce energy costs for many of the ongoing and proposed future projects in Alaska.