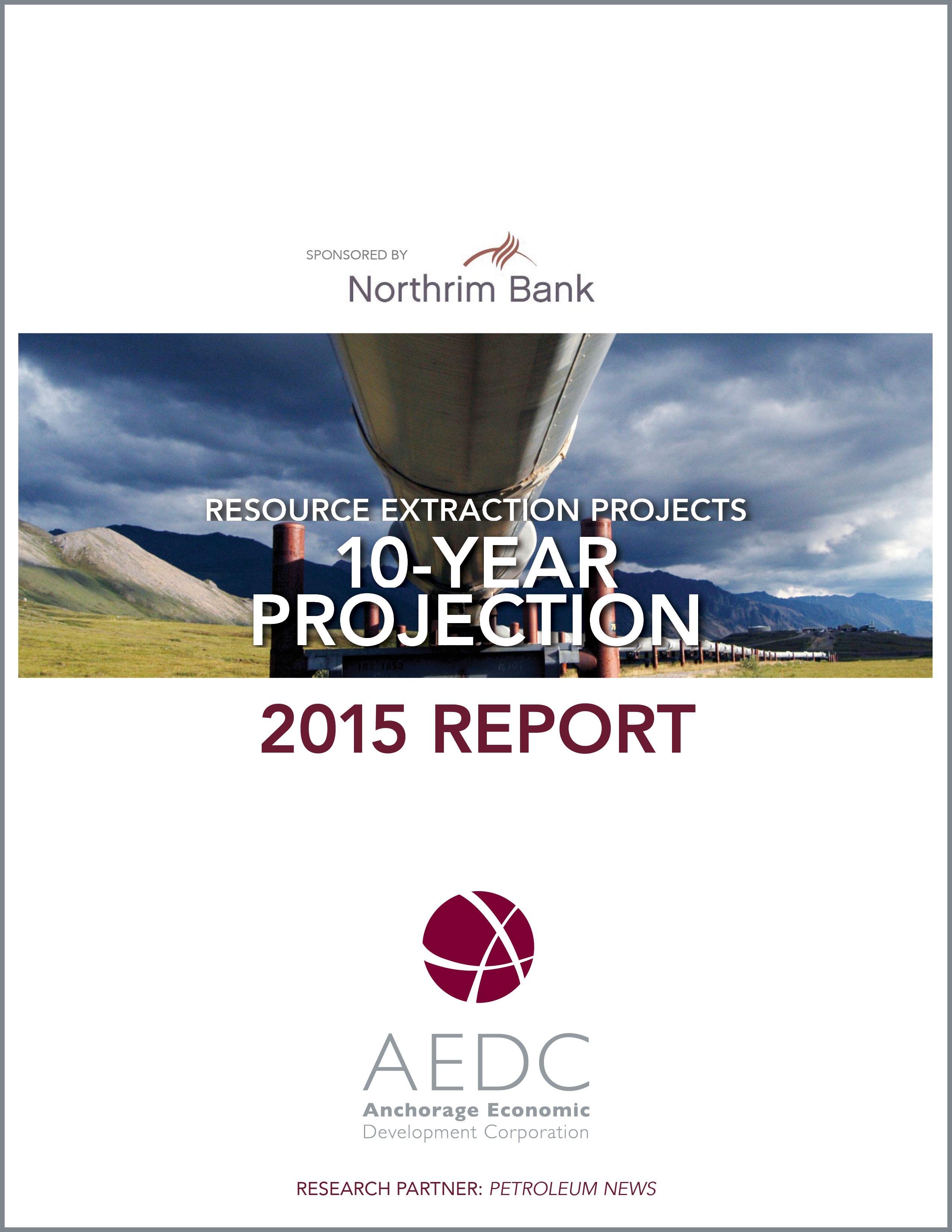 Last night, the Anchorage Economic Development Corp. released its 2015 Resource Extraction Projects: 10-Year Projection Report, sponsored by Northrim Bank. The report shows that despite a series of monumental changes for the resource extraction industry over the past year, including Shell’s termination of its Arctic offshore drilling program, resource extraction companies have been presented with opportunities to improve efficiencies and gain greater profits in their current operations in Alaska.

The goal of the 10-year projection report, which AEDC first issued in 2004, is to give a perspective on what the future might hold for resource extraction projects in Alaska. The report examines the successes and setbacks for both current and proposed resource extraction projects and estimates annual workforce demands and project spending in the oil, gas and mining industries based on available information and company interviews.

“Increased competition, both foreign and domestic, falling commodity prices and an unclear fiscal future for the state have resulted in a continuing shift of economic conditions that challenge the development of future mining and oil and gas projects in the state,” said Bill Popp, AEDC president and CEO. “But despite these setbacks, the resource extraction industry continues to have incredible potential to benefit Alaska and its economy for many years to come. Investment in projects in the next decade, as well as ingenuity in both the public and private sectors, will be an important foundation for further economic growth in the state.”

The mining sector in Alaska continues to see positive results from current operations, yet new developments are facing a myriad of challenges with low metal prices and foreign competition. Over the past four years, the valuations of the world’s five largest mining companies have decreased by a combined $540 billion. This has resulted in a decrease of exploration for Alaska and the global industry alike. However, mineral development is cyclic and there are some good signs such as recent investment in the industry by major investors taking advantage of the low stock prices. With financial uncertainty in many foreign countries, the price of precious metals like gold, silver and platinum often see an increase.