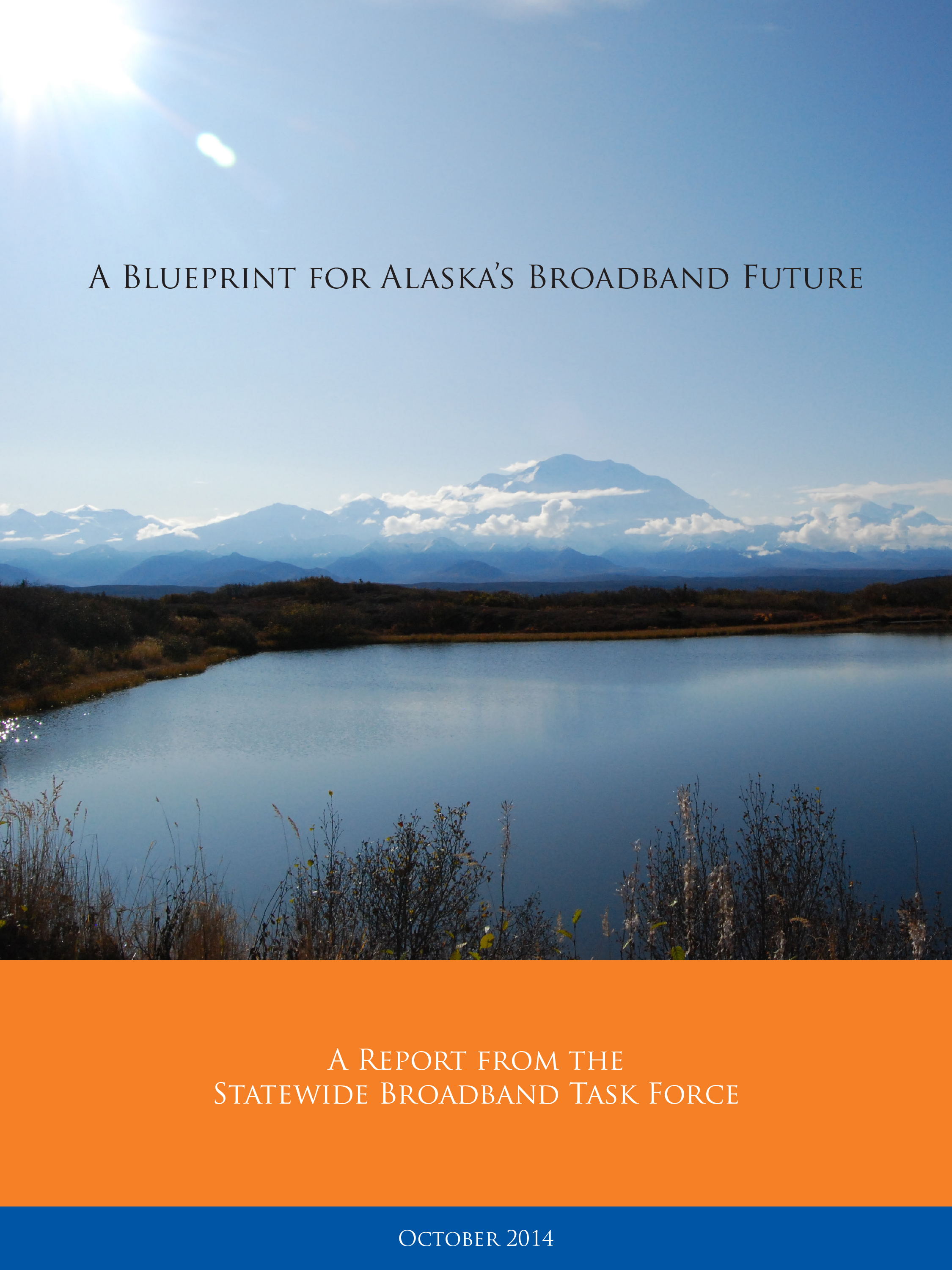 A Blueprint for Alaska’s Broadband Future: A Report From the Statewide Broadband Task Force

We no longer need to debate the benefits and role that broadband plays in the economy. The use of broadband services is prevalent in nearly all that we do from trade, commerce, education, and health care, to finance, government services, knowledge transfer, social networking, or simply entertainment. Technology, the Internet, and connectedness are part of our daily lives. This is as true for someone living in Seattle, Melbourne, or Stockholm as it is for someone living in Bethel, Point Hope, or Fort Yukon. Fast broadband speeds are a necessity to conduct commerce, engage with the government, and to educate our children.

Planning for Alaska’s broadband future is imperative because the state lags in adequate statewide infrastructure. In fact, a December 2012 “State Broadband Index” developed by TechNet, an advocacy group comprised of innovators and technology leaders, ranks Alaska 49th of all 50 states in broadband adoption, network quality, and economic structure.1

A second snapshot of the nation’s technological health, published in December 2012 by the Information Technology & Innovation Foundation and called the “2012 State New Economy Index,” benchmarked economic transformation in all 50 states by asking one simple question: To what degree does the structure of state economies match the ideal structure of the New Economy?2 The research measured five indicators: knowledge jobs, globalization, economic dynamism, the digital economy, and the capacity to innovate. Alaska ranked 28th of all 50 states.

This plan is a blueprint toward merging the State of Alaska into the already technologically robust 21st century economy. The plan offers creative and smart solutions to providing high-speed broadband and recognizes the state’s commitment to digital learning, its responsibility to provide educational opportunity to Alaskans, the need for enhanced telemedicine delivery, the commitment to job creation, interest in natural resource development, and the need to provide response capabilities in the Arctic.