« Back to All Reports

Persistent inflation (driven by gas (5.5%), food (5.1%), and housing (10%) price increases over the past year), concerns about a potential national recession, declining enrollment of local schools, and geopolitical issues continue to weigh on the minds of Anchorage consumers even in the face of significant demand for workers and historic low unemployment. 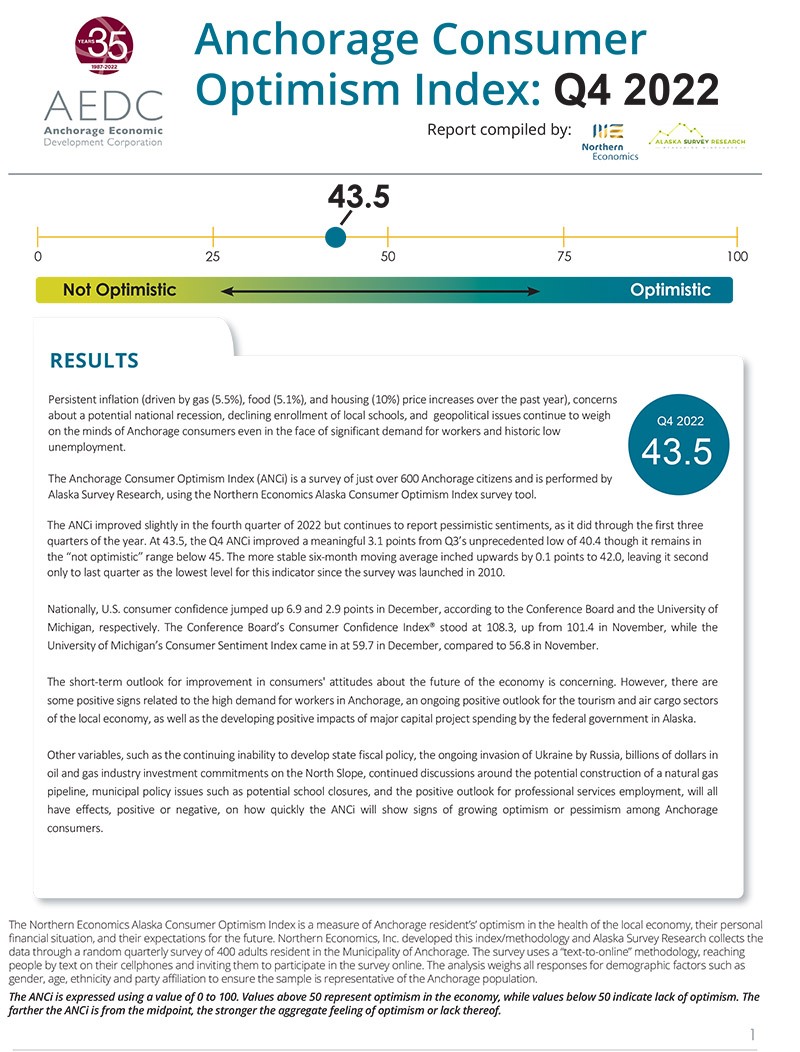 The ANCi improved slightly in the fourth quarter of 2022 but continues to report pessimistic sentiments, as it did through the first three quarters of the year. At 43.5, the Q4 ANCi improved a meaningful 3.1 points from Q3’s unprecedented low of 40.4 though it remains in the “not optimistic” range below 45. The more stable six-month moving average inched upwards by 0.1 points to 42.0, leaving it second only to last quarter as the lowest level for this indicator since the survey was launched in 2010.

Nationally, U.S. consumer confidence jumped up 6.9 and 2.9 points in December, according to the Conference Board and the University of Michigan, respectively. The Conference Board’s Consumer Confidence Index® stood at 108.3, up from 101.4 in November, while the University of Michigan’s Consumer Sentiment Index came in at 59.7 in December, compared to 56.8 in November.