The airport is an important contributor to Alaska’s economy and a critical link between Alaska communities, contiguous U.S., and international destinations. 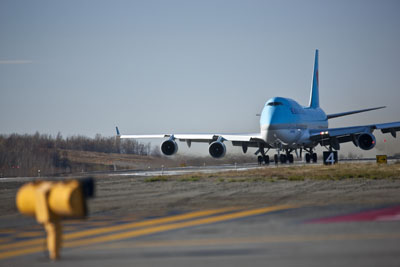 In 2013, the Alaska Department of Transportation and Public Facilities’ Ted Stevens Anchorage International Airport (ANC) announced the completion of the Economic Impact Study for Lake Hood Seaplane Base (LHD). The report was commissioned in conjunction with the Anchorage Economic Development Corporation (AEDC) and was completed by the McDowell Group.

General aviation, particularly that generated from Lake Hood Seaplane Base, was at the heart of settlement and growth in remote areas of Alaska, and is part of the proud roots of the state’s aviation history. The economic impact study defines the current economic importance of the beloved landmark and helps identify how relevant the airport is for Alaskans.

Key findings in the study are:

Lake Hood Seaplane Base consists of Lake Hood, Lake Spenard and an adjacent gravel airstrip. LHD is considered the busiest seaplane base in the world, with approximately 500 float plane slips, and 500 wheeled airplane tie-downs. When the lake freezes in the winter, over 100 ski equipped airplanes use the ice runway.

In 2012, the Anchorage Economic Development Corporation (AEDC), in conjunction with McDowell Group, completed an Economic Impact Study requested by Ted Stevens Anchorage International Airport (ANC). Some key findings in the study are: